Are We Cool Yet?

Are We Cool Yet?

Are We Cool Yet?, often stylized as AWCY?, are an antagonistic faction in the SCP mythos.

They are a surrealist art movement originating from the 19th century who commonly utilize anomalies in their artwork. Some cells have been known to produce anomalous public displays which often result in death, injury and psychological harm. They play major roles in "The Cool War", its sequels and "Black and White and Red All Over" series.

AWCY? has no overall leader, no central headquarters, few traditions and no membership requirements beyond the creation of anomalous art accompanied by the phrase "Are We Cool Yet?". The movement is comprised of many cells. The composition of these cells varies, with some having a central creative figure and others having no clear leader. Some AWCY? members believe that one does not even have to be aware of AWCY? to be a member of the movement.

The AWCY? movement first emerged during the nineteenth century when scientists first started to study anomalies. In 1874 they held the first annual Sommes-Nous Devenus Magnifiques? exhibition after the Salon des Magnifiques refused to allow anomalous artworks to be exhibited.

One day, for unknown reasons, every single anomaly which ever existed was either neutralized or normalized, much to the shock of all of the GoIs. This also included AWCY? who "never became cool" in the aftermath of the event.

Relationships with other anomalous organizations

The SCP Foundation, the Global Occult Coalition, the Unusual Incidents Unit and the Horizon Initiative consider AWCY? a hostile group and a serious threat to their goals of preserving normalcy. Continuous efforts are being made to track down and contain AWCY? artworks before they can cause serious harm.

Gamers Against Weed was founded by a former AWCY? member named Jude Kriyot who left the movement after his friend was killed by an AWCY? exhibition. Because of this they are hostile towards AWCY?. However due to GAW being mostly nonviolent they do not engage in direct conflict with each other. AWCY? are apparently unaware of GAW's existence.

Some members of the AWCY? are also members of the group known as the Serpent's Hand, but appear to be some of more pacifist in compared to most AWCY? members.

Among their employees, Dr. Wondertainment has also hired a number of AWCY? members mostly due to their ability at creating anomalous objects.

Several members of AWCY? had made business deals with Marshall, Carter, and Dark Ltd. and Prometheus Labs, Inc..

Famed anartist Olivia Torres, also known as Ivory, was a member of AWCY? who mostly operated in Three Portlands. As the Foundation kept relentlessly pursuing her she eventually joined the Chaos Insurgency. So members of AWCY? also often resided in La Rue Macabre, either for inspiration or as a hiding place.

HANSARP is a dadaist nihilistic group of artists made out of disillusioned members of Are We Cool Yet? who were gathered together by Boris Aldermann, leader of a sect of the Church of the Broken God in Germany who originally lead the group. They believe that everything is meaningless and without rules, that "cool" and "broken" are just dismissible concepts, and that discord is the most ideal way of life.

In SCP-2714, it was shown that some members of AWCY? used Sarkicism as an inspiration for their art pieces. However, it was also shown that despite this they had no respect for the religion as they tricked an unsuspecting Sarkite into trapping holy Sarkic figures within his favorite comic book, while killing his father in order to claim his powers. AWCY? also appears to have had some inspiration from the Daevites as they had used one of their rituals to create beings known as the "inkbloods".

One AWCY? cell, Cool Yet radio, are responsible for SCP-4150, a cognitohazardous rendition of the Beatles song "Penny Lane" which makes reference to "the Seventh King". This implies that Cool Yet radio, and possibly other AWCY? cells, are unknowingly serving the Scarlet King. One of AWCY?'s creatures known as inkbloods which was encountered the Horizon Initiative also worshipped Moloch.

In MEMORANDUM 083 REGARDING PROJECT "GUARDIANSHIP" the Office for the Reclamation of Islamic Artifacts once captured three members of AWCY? when they attempted to spread propaganda between Iranian civilians and because of this ORIA imprisoned them and sought to use them for prisoner exchange. 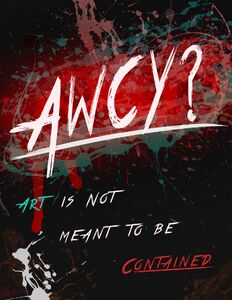 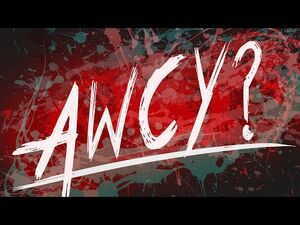 Exploring the SCP Foundation- Are We Cool Yet? 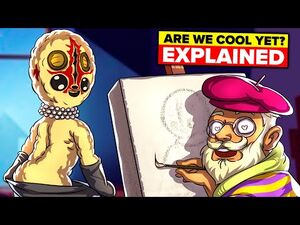 SCP Group of Interest - Are We Cool Yet? EXPLAINED