Ares is the secondary antagonist of the 2017 action/thriller film John Wick: Chapter 2. She is a mute assassin who works as the bodyguard and right-hand of Santino D'Antonio.

She was portrayed by Ruby Rose.

Ares accompanied Santino when he went to John Wick's house to use his Marker. Later, when John went to see Santino to find out what his mission was, Ares patted him down to make sure he wasn't carrying any weapons, taking the opportunity to grab his ass.

After John Wick succeeded in assassinating Gianna D'Antonio, Ares led a team of goons to kill John Wick to tie up loose ends. However, John killed most of them and escaped.

Ares met John Wick back at the Continental Hotel soon after, and made the motions for "Be seeing you" in sign language. When John Wick went to get revenge on Santino at an art exhibit, Ares and several of her henchmen went to stop him. Ares confronted John in the "Reflections of the Soul" exhibit, armed with a gun and a knife.

The two fought and, despite seeming to have the upper hand, John was able to incapacitate her by stabbing her chest. As she lay dying, Ares once again motioned "Be seeing you". 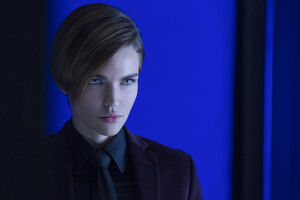 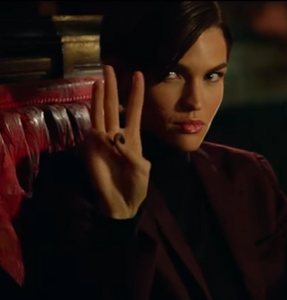 Ares meets with Santino D'Antonio and confirmed she had failed.

John injures Ares in the chest.