Villains Wiki
Register
Don't have an account?
Sign In
Advertisement
in: Articles under construction, Thor Villains, Marvel Villains,
and 63 more

Member of the Dark Avengers (formerly)

Get revenge on Norman Osborn for tricking him and joining his Dark Avengers (both failed).

Ares is the Greek God of War and a villainous enemy of the Marvel superhero Thor, as well as an occasional hero. He is also an arch-enemy of his Brother Hercules.

Ares is the son of both Zeus and Hera. Ares was worshiped as the God of war in ancient Greece and Rome. Ares was unsatisfied with Zeus' rule of Olympia. He tries to take over Mount Olympus on more than one occasion. Ares has three times attempted to conquer Olympus, twice in league with his uncle, Pluto, the god of the Olympian underworld, but every time he's thwarted through the efforts of his half-brother, Hercules, and any of Hercules' allies.

Ares, who hated Hercules ever since he had killed Ares' monstrous Stymphalian birds in the days of ancient Greece, had tried to gain revenge against Hercules.

As a god, Ares possesses vast strength and endurance. His physical capabilities are superior to those of the majority of Olympian gods. He has virtually inexhaustible stamina and does not tire appreciably after any exertion. He is stronger than the average Olympian, strength level estimated to be able to lift around 70 tons. Zeus and Hercules are the only Olympians stronger than Ares.

Like all Olympians, Ares is immortal, possessing a life essence that cannot be ended by any conventional means. He can be wounded in battle, but his godly life force gives him incredible recuperative abilities. He can fully recover from penetration wounds (such as by knife, sword, or bullet) in anywhere from minutes to hours, depending on their severity. Only an injury of such magnitude that it incinerates him or disperses a major portion of his bodily molecules could cause him physical death. Even then, his life essence may still be unharmed, and Zeus may be able to resurrect him.

Superhuman strength, stamina, durability, agility, and reflexes. Ares also possesses a regenerative healing factor that is capable of repairing damaged or destroyed tissue at superhuman levels of speed. He has also been shown to be injured by weapons of magical nature such as Mjolnir, the hammer of Thor. He also has some low-level magic abilities such as summoning weapons or sensing if magic is being used. 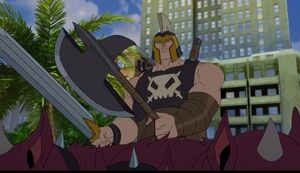 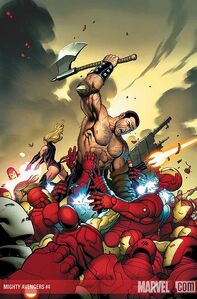 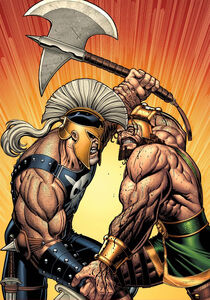 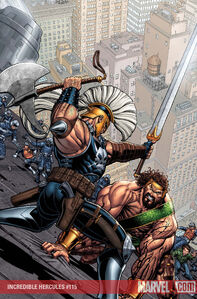 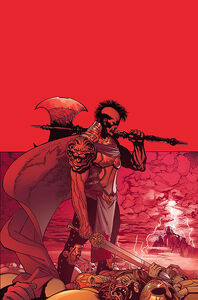 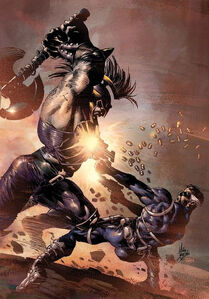 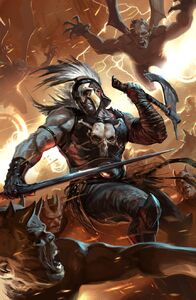 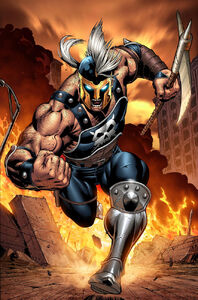 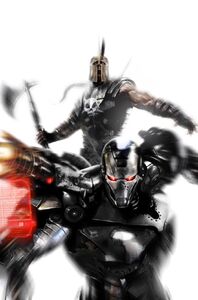 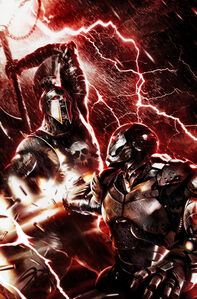 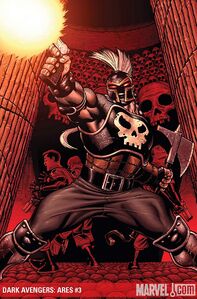 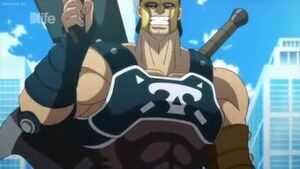 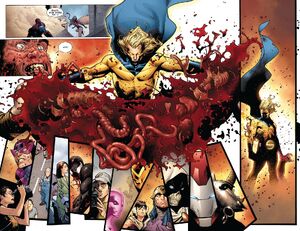