Villains Wiki
Register
Don't have an account?
Sign In
Advertisement
in: Evil from the Past, Tyrants, Demon,
and 24 more

Ruler of the Demon World (formerly)

Submitting all living things to his rule.

Reclaim control of Dumary Island and achieve dominion over Earth.

Argosax, at one point, ruled all the demon world and subdued all the devils who would dared to oppose his will. The King of Darkness (in Japanese: キング オフ ダークネス Kingu ofu Daakunesu) himself was worshiped by a secret tribe with cultic devotion among the people of Dumary Island, where Devil May Cry 2 took place. Eventually they, except his followers, recognized him as pure evil and a vile demon, and he was defeated by the Dark Knight Sparda and the Vie di Marli, an ancient group of demon hunters that used demon powers.

A businessman named Arius, who had knowledge in demonic magic, sought to claim Argosax's power. He then had his industrial empire Uroboros begin searching for the 4 Arcanas, mystical items which were used to seal Argosax away. Dante managed to interfere with Arius's ritual by replacing the Arcana Medagalia with a coin of his own. However the gateway to the demon world was still partially opened and part of Argosax's power flowed into Arius. Dante and Lucia debated who should go through the portal since because it is unstable, it is unlikely that anyone who entered it will be able to return. Dante left it to a coin toss, which he won because of his two sided coin, and entered the demon world.

Upon arriving, he was confronted by Argosax in his first form, Argosax the Chaos, an enormous fleshy blob with parts from the bosses in Devil May Cry and Devil May Cry 2. Upon defeating this form, a large egg sprouted from the blob and out of it came Argosax's true form, the Despair Embodied: a androgynous, horned, angelic being composed of fire. They fought again and despite his great power, Dante defeated the demon lord.

In his Chaos form, Argosax can use the attacks of the bosses that comprise him, such as mouth blasts from the head of Nefasturris and lightning waves from the wing of Griffon.

After entering his Despair Embodied form, he can teleport around the battlefield, fly, and rain down waves of fiery feathers. During his battle with Dante, Argosax changes between a more male form that fought with a sword and a more female form that wields whips. 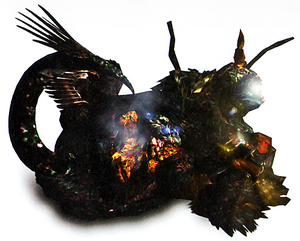 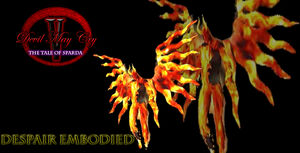 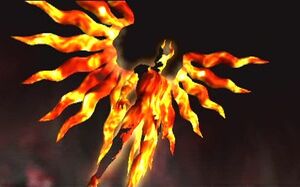 Argosax in his true form as a fiery sex-changing horned angel. 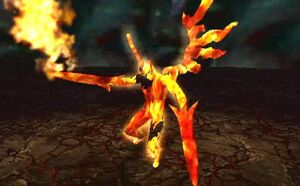 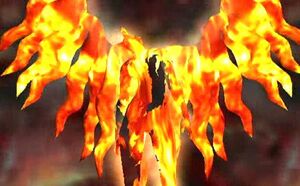 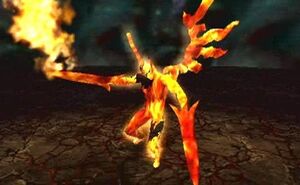 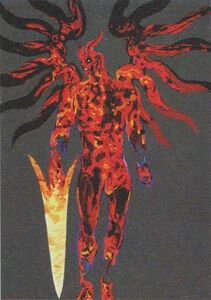 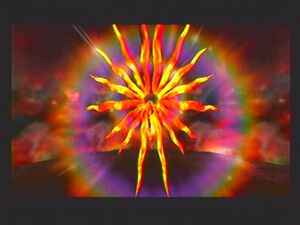 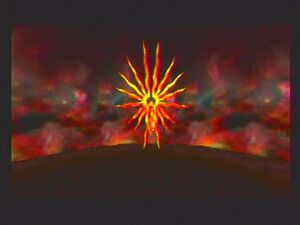 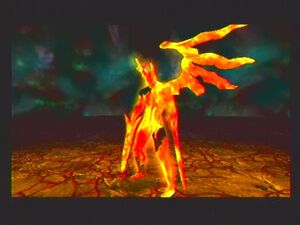 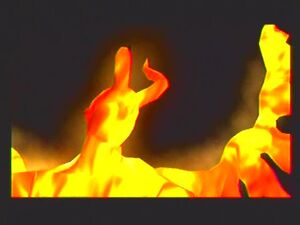 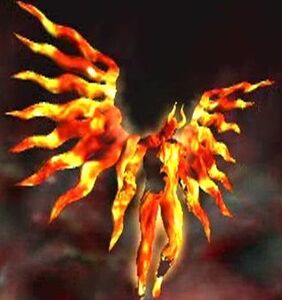