Aria Blaze is one of the two secondary antagonists in My Little Pony Equestria Girls: Rainbow Rocks, alongside Sonata. She is a backup singer in her band the Dazzlings, rivaling the Rainbooms. 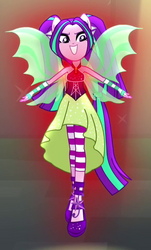 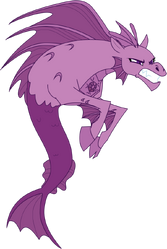 Retrieved from "https://villains.fandom.com/wiki/Aria_Blaze?oldid=2286038"
Community content is available under CC-BY-SA unless otherwise noted.