Grand Chancellor of the Warlock Coven

Destroy the witch coven and win dominion over them

Ariel Augustus is a major antagonist in American Horror Story: Apocalypse. He is the leader of the LA enclave of warlocks, and apparently the leader of the warlocks as a whole (judging from his title). He is a Level 3 Warlock, and the Male Supreme requires to be a Level 4, a status that no warlock has held in history.

The warlocks' public school was destroyed in 2014 by non-magic-using humans after Cordelia Goode went public with the existence of magic-users, and the warlocks currently use a surviving sculpture as the entry to their underground academy.

He is portrayed by Jon Jon Briones.

When he learns about Michael Langdon's existence, Ariel mistakes him for a warlock and believes the teenager to be the Alpha: a level 4 warlock who can lead the males to a new position of equality if not superiority over the witches. The witches believe that only women can master the ethereal arts due to their lack of testosterone. Ariel disagrees, and demands that Cordelia (the current Supreme) apply the test of Seven Wonders to Michael to confirm his suitability. She refuses, further widening the rift between the witches and warlocks. 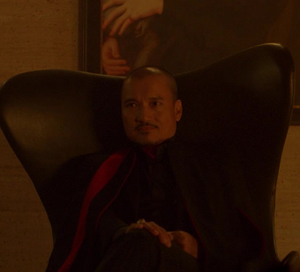 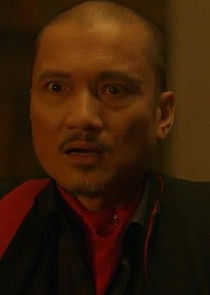 Retrieved from "https://villains.fandom.com/wiki/Ariel_Augustus?oldid=3768474"
Community content is available under CC-BY-SA unless otherwise noted.