Leader of the Celestials

Creator of the Eternals and the Deviants

Communicating with the Prime Eternal (either Ajak or Sersi).

Have Tiamut hatch out of the Earth (partially succeeded).

Maintain the life cycle of the universe and the Celestials by any means necessary.
Judge and destroy Earth and humanity if they are not preserving (both ongoing).

Arishem the Judge is a major antagonist in the Marvel Cinematic Universe, appearing in Phase 4 as the overarching antagonist of its twenty-sixth installment, Eternals. As the leader of the Celestials, he oversees the creation of life throughout the cosmos and the birth of new Celestials, in order to maintain balance in the universe.

He is voiced by David Kaye, who also played Klunk in Ratchet & Clank, Apocalypse (X-Men Evoultion) and Megatron in both Beast Wars and the Unicron Trilogy.

Arishem is the leader of the Celestials, who used a special energy source to create the building blocks of all life in the universe in the form of planets, stars, and galaxies. In order to ensure the rise of new Celestials that would help maintain the balance of the universe, Arishem seeded Celestials on various planets. By absorbing energy from the planet's population, the seeded Celestials would one day grow and be fully emerged, wiping out all life and the planets in the process. To ensure the success of this development, Arishem and the other Celestials would go on to create the Deviants, who were tasked to wipe out the apex predators on the planets Celestials seeded life on.

However, when they were proving to be too problematic for the cultivation of life, the Eternals were created to cull them. Now that the Earth had accumulated an approximate population of people, the stage was set for a Celestial named Tiamut to form. Its emergence would culminate in the destruction of the Earth.

He also created Ajak and Ikaris to act as the leaders of the Eternals, with both being fully aware of their true purpose. Ikaris and Sprite team up together to prevent the defected Eternals from stopping the Emergence located in an active volcano in the Indian Ocean. After defeating Kro and Ikaris choosing to fly into the sun out of remorse, the Emergence is thwarted.

Just when Dane was about to reveal a family secret to Sersi, she, Phastos and Kingo are whisked into space by Arishem. Displeased that they sacrificed the life of a Celestial for Earth's survival, he decides to spare the Earth stating that their memories would serve as proof of whether or not mankind is worthy. If not, he would return to judge the world. Dane swore to save Sersi from Arishem’s wrath and is forced to use the Ebony Blade. He allies with Eric Brooks/Blade to find her.

As the Prime Celestial, Arishem acts as the judge, carrying out his tasks on maintaining balance in the universe. Arishem acts based on what he deems as necessary and not out of his own personal desires. He views life and death as a necessity of maintaining sustainability for the universe, creating planets and populating them with life while simultaneously destroying them, in preparation for the birth of new Celestials.

While he is very indifferent in regards to life as a whole, he does take interest in certain living beings and is willing to learn more about them. Though he was not pleased with the Eternals' interference in Tiamut's Emergence, he was willing to spare their lives as well as the population of Earth as their actions made it clear to him that there is value in keeping humanity alive, though he does warn them that he will ultimately make the judgment if humanity's life was worth Tiamut's sacrifice. 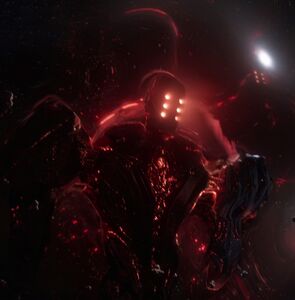 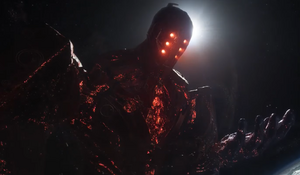