Queen of the Fast World

Leader of the White Soldiers
Sorceress

Arkaam is the tyrannical empress ruling the highly advanced, supernatural civilzation of a planet called the Fast World while upholding the title of the Fast World's matriachical sovereignty called "White Queen", and she commands her legion of royal soldiers and loyal subjects called the White Army.

She was also the one who killed a Fast World citizen Liam when he tried to rescue Mariko Takeda.

Her physical appearance is a combination of two playing cards: a chess queen and a joker/jester, and with her regal jeweled headdress loosely a typical magician top hat.

The White Queen is the malevolent and despotic ruler of the Fast Realm.

Her desire was to kill Mariko and the Guardians, who stood in her way in controlling the entire Fast Realm.

She uses the Sword of Exile to try to kill Mariko but was prevented by Liam at the cost of his own life. The White Queen Arkaam also tried to invade Earth but she was defeated along with the White Soldiers by the W.I.T.C.H. girls, who combined their magical vocies along with Wilhelmina "Will" Vandom's boyfriend Matt Olsen's voice to generate a sound frequency enough powerful to dissipate Arkaam and her White Soldiers along the Sword of Exile into nothingness.

The White Queen herself possesses an array of magical weaponry and, with the help of The Prophet among her royal court, can acquire information about her enemies. Her most notable weapon is the Sword of Exile, which the end of its blade live on different dimension. Her weapons include a Dragon Jar, and a Luminous Butterfly.

The White Soldiers, also known as the White Army is a faction of royal soldiers from the Fast World who served Arkaam the White Queen during the 8th saga of the W.I.T.C.H comic book series. They were loyal to the queen and are strict followers of the city's implemented rules. The White City, the capitol city of the Fast World which is governed by Arkaam, is regulated by the White Soldiers. They are first encountered by the W.I.T.C.H. team when will tried to follow Liam via flying which is prohibited inside the White City. The army is equipped with different mechanical tools and weapons such as the flying rockets and the blade runner's weapons.

Together with the White Queen, they tried to invade Earth but were defeated by the Guardians, dissapearing into nothingness along with Arkaam.

Their sworn enemy is the Black Soldiers led by Mariko Takeda (aka the Black Queen). 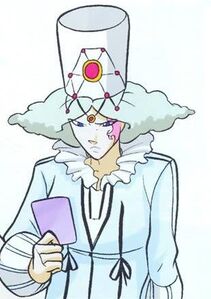 The White Queen
Add a photo to this gallery
Retrieved from "https://villains.fandom.com/wiki/Arkaam?oldid=3545076"
Community content is available under CC-BY-SA unless otherwise noted.