Aid Scarecrow and the Arkham Knight in their goals (failed).

They were voiced by David Boat, Steve Blum and Brian T. Delaney. Steve also voiced Killer Croc and the Electrocutioner in the same series.

Prior to the events of Arkham Knight, the militia were once stationed at a secret training facility somewhere in Venezuela where various mercenaries were gathered. The Arkham Knight had managed to gather and lead a large army of mercenaries from all over the world and used the secret facility to train them for the inevitable attack on Gotham City. Each of the mercenaries all had dark pasts and various backgrounds making the militia a very sophisticated and well trained organization and were prepared to kill Batman. Eventually, the militia was given over $3,000,000,000 by Scarecrow and were given advanced technology, brand new weapons, optic camouflage suits, new armor and gear, and even various unmanned tank drones, APCs, and aerial drones, and the militia soon became allies with Scarecrow's Army.

On the day of Halloween, Scarecrow unleashes a new fear toxin on a Gotham Diner and threatens to unleash it upon all of Gotham. This results in the entire civillian population being evacuated and the Militia to invade and occupy the entire city. The Militia soon assert their dominance by setting up checkpoints, patrols, watchtowers, and send out their drones to scour the city and kill Batman. Eventually, Batman comes face-to-face with the Militia and is able to overcome and devastate them despite their intense training. Militia forces are sent everywhere and eventually, Batman fights the Arkham Knight and is able to beat him. This results in Jason Todd going off the grid and Scarecrow soon places Deathstroke to be the commander of the Militia and he takes the position. Eventually however, Batman is able to beat the Militia and has all of the villains and militia commanders, lieutenants, and remaining soldiers thrown in jail, leaving the organization dissolved at the end.

At the end of the game, the militia has been fully dissolved as all of the surviving soldiers have been arrested. It is unknown whether or not any other militia members were able to escape Batman.

Those of American citizenship could well be charged with treason and others with terrorist activities. Also, given the animosity overheard by Batman from Gotham's more standard criminals, their stay in Gotham's jails was likely to be a very unpleasant one on many levels.

Two Militia operatives and a tank

The Arkham Knight with his forces

The Arkham Knight and his troops 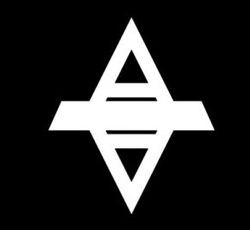 Retrieved from "https://villains.fandom.com/wiki/Arkham_Knight%27s_Militia?oldid=3185085"
Community content is available under CC-BY-SA unless otherwise noted.