Arma is a high ranking demon in Phalanx's army and a major antagonist in in Demon's Crest. He acts as Phalanx's chief enforcer and reconnaissance officer.

Arma seems to respect beings of great power, despite the evil tasks he is given, He respects Firebrand, the story's protagonist, and will yield artifacts to his foe when bested in battle.

Arma fights Firebrand three different times over the course of the game. He attacks using both physically and through the use of demon magic.

In the end, Arma redeems himself before dying, by giving Firebrand the crest of time, and sealing himself inside to lend his own power and assist in the final battle against the despotic Phalanx. 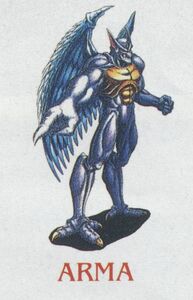 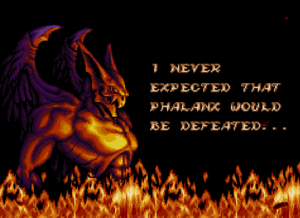 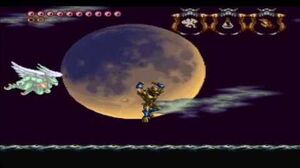 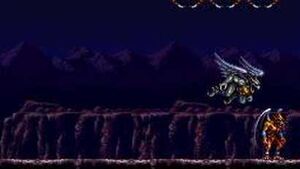 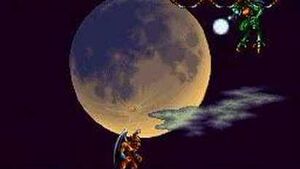 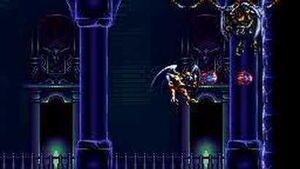 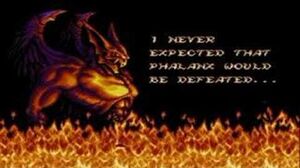