Arma Gigas, also known as the Armored Knight or the Giant Armor, is a minor antagonist in the American web cartoon series RWBY and its Japanese manga adaptation/prequel. It is the opponent of Weiss Schnee in the "White" Trailer and Chapters 3 and 4 of the manga. It was revealed to be an amalgamation small possession-type Grimm in the form of an Arma Gigas.

The Armored Knight appears as massive suit of medieval-type armor, standing at between 10 and 12 feet tall. All of the main armor components are a dark, shiny grey with black under armor and helmet view area.

In the manga, the pointed helmet is replaced with a more domed one with curly eye holes along the front and sides, and red eyes shine out from the blackness within its helmet.

Weiss faces the armor, but is unable to deal any real damage due to its size and enormous amount of durability. The armor manages to hit Weiss, scarring her across the eye. However, Weiss gets back up and retaliates with Dust and Glyphs, causing the armor to loose its sword and fight with its fists. However, Weiss blasts the armor and traps it before striking the blow that kills the Grimm and destroys the armor.

Chapters 3 and 4 of the manga reveals the armor to be a giant suit of armor created by the Schnee Dust Company and possessed by a strange Possession-type Grimm made by merging several Arma Gigas Grimm together. When Weiss reveals that she plans on studying at Beacon Academy in Vale as opposed to the school in Atlas, her father and the President's Secretary set up for her to fight the Giant Armor to prove her worth.

In "Heroes and Monsters", when Weiss tries to summon an avatar of one her fallen enemies, she rushes to Velvet's aid and summons the armor's arm and sword.

In "Two Steps Forward, Two Steps Back", it is revealed that Weiss has learned how to summon the entirety of the Giant Armor's avatar, though it is smaller and she causes significant damage to her room in the process.

In "Dread in the Air", Weiss is on a cargo ship that is attacked by a swarm of Lancers. In order to defeat the Queen, Weiss summons the Giant Armor's avatar and uses it to battle and kill the Queen, but the ship crashes.

Weiss is found and kidnapped by Raven Branwen and her tribe. While in a cage in their camp, she summons a small version of the Giant Armor's avatar to cut her free, and later a large one to free her from the cage and soon reunite with partner Yang Xiao Long.

Though the original Arma Gigas does not appear in RWBY: Amity Arena, the Summoner Weiss unit has the ability to summon the Arma Gigas avatar to aid her in combat, being a melee unit while she is a ranged unit.

The Armored Knight is shown to be proficient in swordsmanship and hand-to-hand combat, as it tracks its foes and strikes with swift and powerful blows. It is also shown to be fast for its size, sprinting after Weiss and reacting quickly when attacked. It can also wield its massive sword both single and double handed, showing immense amounts of strength and control. It is also highly durable and able to withstand sword strikes and Dust attacks. 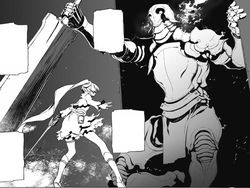 The Armored Knight as it appears in the manga. 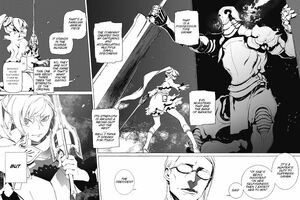 The Armored Knight vs. Weiss in the manga. 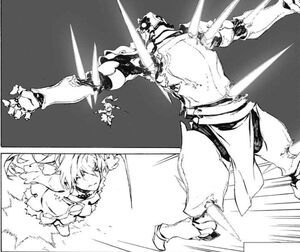 The Armored Knight's defeat in the manga. 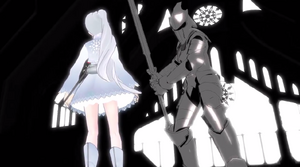 The Armored Knight vs. Weiss in the "White" Trailer. 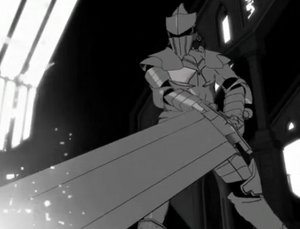 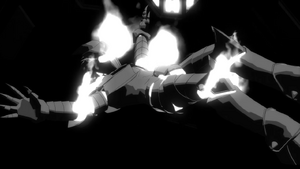 Weiss about to summon part of the Armored Knight's avatar. 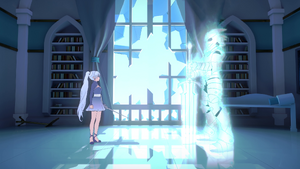 Weiss summons the rest of the Armored Knight's avatar, though scaled down a bit. 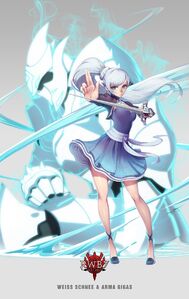 The Armored Knight's avater with Wiess in RWBY: Amity Arena. 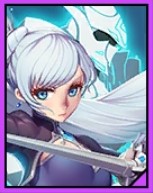 The Armored Knight avatar on the Summoner Weiss card in RWBY: Amity Arena. 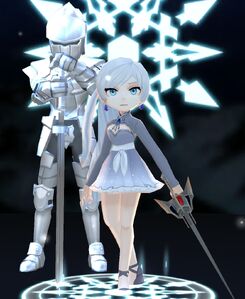 The Armored Knight avatar next to the Summoner Weiss unit in RWBY: Amity Arena. 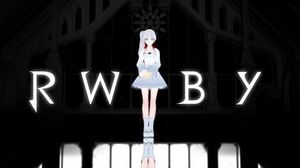