Work with Istivan Hegedesh in order to provide for his family (formerly, failed).

Armory is the main antagonist in the Batman Beyond episode "Armory". He was a successful weapons engineer at Wayne-Powers until he was fired. This prompted him to commit robberies and become the criminal Armory. He was voiced by Dorian Harewood.

Jim Tate worked with the Special Forces before working as a weapons maker for the Wayne-Powers company. Tate later married Lorraine and gained a stepson Jared. After buying a new car for his stepson's birthday, Jim learns that Paxton Powers disintegrated his division, forcing Jim to look for a job. Istivan Hegedesh, a member of a company called ForceTech, would hire Jim Tate to steal weapons from other companies.

Jim became the criminal Armory and used a battle suit to break into Wayne-Powers and steal a prototype of weapon's specs. During his theft, he came into contact with the police and Batman. Using his suit's weapons, Armory escaped from the police and Batman and delivered the weapon to Istivan who paid Armory for the robbery.

Jim became indifferent while working as robber, working in his workshop for hours. Armory latter robbed from another company and escaped from Batman and the police again. Meanwhile, Jared sneaked into his stepfather's workshop to find out what he has been up to. Listening to Jim talking with the Istivan, Jared noticed that Armory was responsible for the robberies and shortly Lorraine found out too. Jim told them that he did this for them. Batman arrived and fought Istivan who was knocked out by Jim Tate at the end of the fight.

Jim turned himself in to the police and was given a lenient sentence for cooperating with the GCPD. 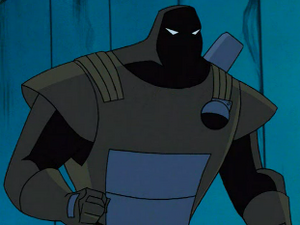 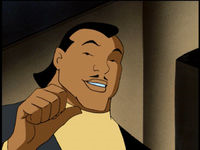 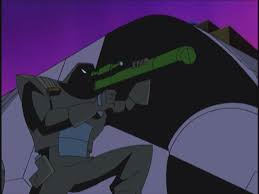 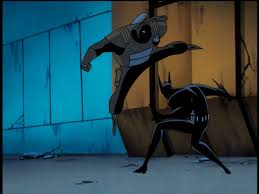 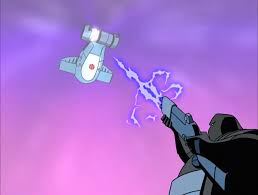 Armory disabling a police vehicle with his emp blaster 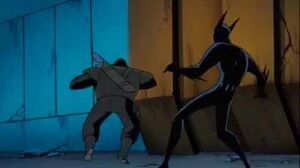 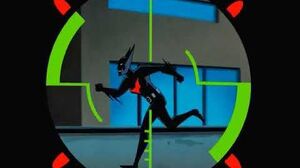 Batman Beyond vs Armory 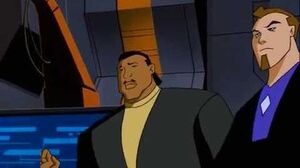