Occupying the heads of hosts.

Setting up nits on the heads of hosts.
Eating blood from hosts and causing them to itch.

Spread throughout and infect everyone in Lakewood Elementary School (failed).

Military Parasites
The Army of Lice are minor antagonists in the PBS Kids cartoon series Arthur, serving as the main antagonists of the episode "The Lousy Week". They are a group of military-like lice who seek to spread themselves throughout Lakewood Elementary School.

The Army of Lice first appeared on Muffy's head and quickly made their plans to spread throughout the entire school. Although Muffy was ordered home after the nurse confirmed she had them, the Lice continued to spread as Francine put on Muffy's hat which she dropped on the floor, so they spread to her hair as well. They continued to spread as other students fondled with Muffy's hat before being told by the nurse not to wear anybody else's clothes due to the infestation, and so the Army of Lice spread rapidly and even began appearing in the hair of the teachers.

Soon the Army of Lice had spread so far and wide that the kids' parents were forced to take measures at home to keep them from getting beyond the school. The kids had to be checked everyday to see if the infestation was still ongoing, and those with longer hair like Francine and Muffy even cut their hair short to stop them. The only one unaffected by the Lice was Buster, whose lack of personal hygiene made his hair too disgusting for the Lice to reside in.

Though the Army of Lice had spread far, eventually the kids were able to beat them back and only the General was still alive. In a last bid to rebuild his Army of Lice, he tried to jump to Buster from George's head, only to fall to the floor of the school where he was stepped on by one of the kids and killed.

General Louse is the leader of the army that spread throughout the school. Apparently a veteran of many previous battles, the general is a strategic leader. He sends his troops to spread nits as soon as they make contact on a new head. He does show a sense of control, as he found Buster to be uninhabitable, so he didn't even try to get him. After two long weeks, the general was the last survivor of his squad. Making a final gambit to escape to Buster and rebuild his army, his jump fell short and he was stepped on and killed, presumably by Fern.

The Lieutenant Louse is the second-in-command of the army.

Although his light gray mustache would imply age, and with it experience, the lieutenant is actually more cowardly than the rest of the army. He panicked at the sight of a hair clip, mistaking it for a comb.

It is uncertain exactly what role he played in the army, as he was not a strategic commander like General Louse, and did not do heavy lifting with the rest of the troops. His fear of combs would imply he would be eventually defeated by one, but he was instead taken off Mr. Ratburn's head by the nurse's tongue depressor. 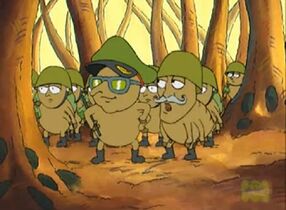 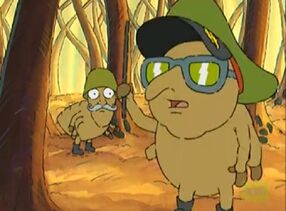 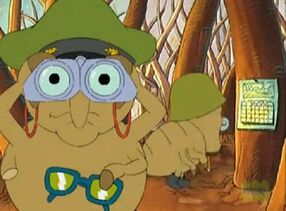 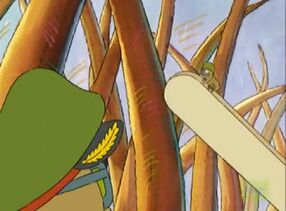 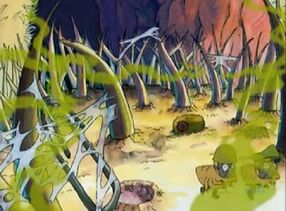 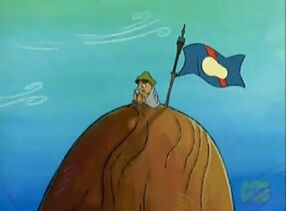 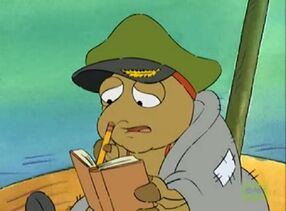