Assist HYDRA in their plans and to take over the world (presumably failed).

Dr. Arnim Zola is a major antagonist from Marvel Comics, most commonly appearing as an enemy to Captain America, Spider-Man, and the Avengers. He is a Nazi scientist and member of HYDRA under the Red Skull. He was also responsible for the creation of Hate-Monger.

Zola was a Swiss genetic scientist who sought to create a master race of beings. As such, he supported the Nazi party during World War II, and worked for Adolf Hitler, the Red Skull, Baron Zemo, and the Second Baron Zemo. Zola created a process in which a person could clone themselves and transfer their mind into either the clone or a robotic body, making them virtually immortal. Zola did this to himself, and transferred his mind into an ESP box in a robot form, his human face a 3 dimensional projection on a screen.

Arnim Zola makes an appearance as an antagonist in the TV show Avengers: Earth's Mightiest Heroes. He worked for Baron Zemo, as well as creating the monster known as Doughboy. 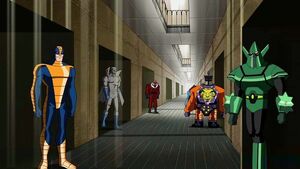 Arnim Zola alongside other prisoners escaping from jail. 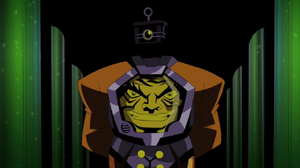 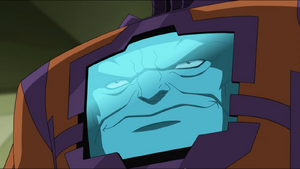 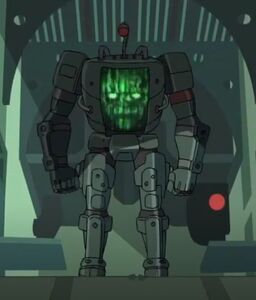 Arnim Zola in the 2017 Spider-Man cartoon.
Add a photo to this gallery

Retrieved from "https://villains.fandom.com/wiki/Arnim_Zola?oldid=4065580"
Community content is available under CC-BY-SA unless otherwise noted.