Arsenal/Last Defense System was the catacylsmic final boss of SaGa II/Final Fantasy Legend II - a powerful ancient security-system that was activated by Apollo's abuse of Relics/Magi, this gigantic machine was seemingly preparing to destroy the world (if not all worlds) in order to presumably restore order but the heroes, aided by the goddess, fought their way to the machine and defeated it before it could achieve its goal. 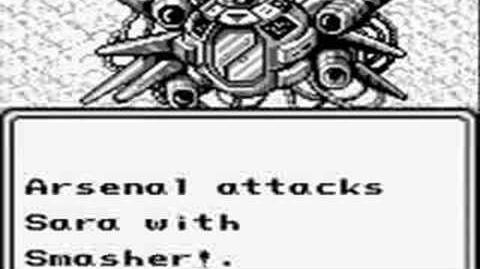 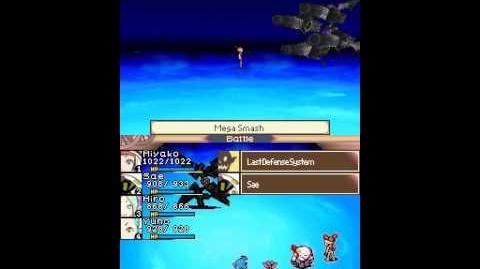 SaGa 2 DS Final Battle Part 1
Add a photo to this gallery
Retrieved from "https://villains.fandom.com/wiki/Arsenal_(SaGa)?oldid=3571846"
Community content is available under CC-BY-SA unless otherwise noted.