She was portrayed by Selena Gomez.

She was shown fighting alongside main protagonist Catastrophe (Swift) in the beginning of the video, doing so against a group of masked men at a building. After the fight, Arsyn looks in her compact and notices Catastrophe with a briefcase. At that moment, Arsyn turned heel and betrayed Catastrophe, doing so by blowing powder in her eyes and taking the briefcase for herself, before kicking her former ally through a window. In the end of the video, the evil Arsyn resurfaced with her henchwomen as they were about to confront Catastrophe and her friends. The final scene in the video shows Arsyn and Catastrophe face-to-face with each other and beginning their fight before fading to black. 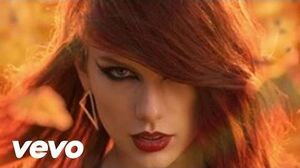