Villains Wiki
Register
Don't have an account?
Sign In
Advertisement
in: Mature, Date A Live Villains, Female,
and 43 more

"Save" humanity from the Spirits.

Serve Isaac Westcott (both formerly due to Westcott's manipulation)

Artemisia Bell Ashcroft is a supporting character in the Date a Live franchise, first introduced in the spinoff Date AST Like as a major character, who later appears as a major antagonist in the Light Novels. She is one of the top 5 most powerful Wizards in the world and the Ace Wizard from Special Sorcery Service. She later appears as the new Adeptus 2 in order to assist Isaac Ray Peram Westcott. She is the only one that is able to fight with Ellen Mira Mathers the Adeptus 1, Mana Takamiya, the former Adeptus 2 and Jessica Bailey, the Adeptus 3.

She is first mentioned in the volume 5 of the light novel in the Yamai Sisters Arc and in episode 2 of the second season of the anime by James A. Paddington. Recently, she made her first light novel appearance in Volume 13 and a major antagonist in Volume 14.

She is voiced by Eriko Matsui in the Japanese dub and by Lindsay Seidel in the English dub.

She was a former member of the SSS who decided the SSS to leave and go to the Deus.Ex.Machina Industries in the hope of saving humanity by offering herself as sacrificed to create a new Combat Realizer. Edgar F. Caroll, was the lead scientist who used her as an experiment.

Artemisia thought she was being useful to mankind protecting people from being killed by Spirits, Wescott waited Artemisia relates to other employees of the Wescott tried to create a new type of Wiring Combat Suit using Artemisia as a live project to him tests, the result was the same as what happened to Mana Takamiya, Artemisia lost all her memory as a consequence, she is now in a coma in a private hospital of the Japan Ground-Self Defense.

Artemisia was probably born in Europe that she joined SSS that formerly was located in London, where she joined her SSS entered a platoon 5 wizards: Ashley Sinclair, Leonora Sears and Cecil O'Brien. Later, one of the most important workers in the world which was Artemishia B. Ashcroft was revealed to be a member and also his ace wizard. Finally, Minerva Liddell, another member of SSS, said to be the second most powerful Wizard in SSS, also joined to D.E.M.

2 years later, Artemisia was brainwashed by Westcott and Awakened from her coma. After her return, she immediately took over Adeptus 2 post and replaced Mana Takamiya's post on DEM.

At the DEM operatives in Neryl Island, a group of Kurumi's clones hunting for Nia Honjou, the DEM Wizards are then overwhelmed by the clones. However, Artemisia appears and beheads some of the clones. She then uses her Territory to paralyze the rest of the clones, and she kills the Kurumi that was leading the clones.

While Westcott, Ellen and Artemisia are heading towards the place where Nia is, Westcott notices that Shido succeeded in developing a bond with Nia. Then, he activates a Realizer in her brain that causes her to go Inverse. When Ellen says that she is ready to confront Nia and the Spirits, Westcott adds that he is counting on Artemisia to help Ellen.

When Shido tries to save Nia, he is attacked Artemisia, who keeps Shido away by using her Territory, and she stabs Nia. Origami reognizes Artemisia and asks why she is here and working for Westcott. Artemisia then puts her hand on Nia's chest and starting to mumble. After her mumbling, she removes the Qlipha Crystal from Nia's chest. When Westcott appears, she gives him the Crystal, giving Westcot to command of the Demon King Beelzebub. After Westcott and Shido talked, he decides along with Ellen and Artemisia to leave.

Westcott then learns that Shido rewrote history with Kurumi's help while investigating the Beelzebub's powers. He then noticed the Demon King was not complete. But he is satisfied with the results, and tells Ellen that he has high expectations for both Ellen and Artemisia.

During an instructional course to enhance their physical continuance without utilizing a Realizer, both Artemisia and Ellen wind up swimming in the office pool. While Artemisia is smoothly swimming lap after lap, Ellen battles to finish a solitary lap in spite of using a kick board.

Right then and there, the loudspeaker declares for her and Ellen to go to Westcott's office. As Ellen battles to go up the staircase, she grumbles that it must be on account of she officially depleted herself swimming. Artemisia, who is easily moving up the staircase, takes note of that she accomplished a greater number of laps in the pool than Ellen.

Seeing that they should be timely, Artemisia clears Ellen off her legs and helps her as she speeds through whatever is left of the stairs, a lot to Ellen's challenge and shame. In the wake of arriving, Westcott reveals to them both that Beelzebub has gotten some obstruction as a result of Sister's activities. In any case, he was as yet ready to utilize its capacity to pinpoint the area of another Spirit. At the point when asked where the Spirit is, Westcott gives a naughty grin and indicates the sky.

While Ellen and whatever is left of DEM were managing the new Fraxinus EX, Artemisia leaves the ship with her CR-Unit and ambushes Shido as he was battling off Mukuro's assaults. Be that as it may, she is hindered by Origami, who has arrived without a moment to spare to fight her off. In spite of Origami wearing Brynhildr, the most recent CR-Unit made by Asgard Electronics, Origami was still off guard because of Artemisia's prevalent abilities as a Wizard. As the two conflicted, Artemisia sees that Origami's spear was intended to unobtrusively ingest extra enchantment in its surroundings to hone the edge of the cutting edge.

Therefore, Origami would likely win in a clash of stamina. She at that point inquired as to why a wizard would encourage a Spirit. Seeing that she was off guard, Origami gathered her constrained Astral Dress, combining her forces as a Spirit with her abilities as a Wizard. At long last seeing that Origami is the Spirit that meddled with her central goal against Sister, she currently expresses that she could kill her without regret.

As the fight proceeds with, Origami asks Artemisia for what valid reason she cleared out the SSS to join DEM. In any case, that simply incites a confounded reaction, which makes her inquiry what the SSS is assume to be. Review it as incitement from the foe, Artemisia disregards Origami's inquiry and proceed with the battle. The contention emits into a stalemate, with her laser impact conflicting similarly against Origami's Metatron. Nonetheless, the fight is hindered by them seeing Goetia withdrawing back to Earth. Notwithstanding commenting that Ellen losing was unforeseen, she herself hasn't fizzled her goal yet, since her requests were to wipe out the Spirits. Prior to leaving, she discharges a substantial impact from an enchantment gun towards Mukuro and Shido's directions.

As Ellen is hustling to discover Westcott, she keeps running into Artemisia, who expresses that she returned from the weapon storage space as quick as possible. Ellen censures Artemisia's endeavors to check her wounds, inquiring as to whether the second Adeptus just wished to deride her. A lot to Ellen's disappointment, they find that Westcott was in a Realizer treatment to recover from his injuries. Regardless of this, the DEM chief cheerfully waves his separated appendage before both Ellen and Artemisia. He concedes that he was radiantly vanquished by Ratatoskr. By the by, the front portion of his separated arm was effectively recuperated, so he should even now make a full recuperation by tomorrow. Subsequent to hearing the medicinal staff's worry over proceeding with his treatment, Westcott reveals to them that he should put off their visit until the point when the following day and they ought to go mend their own injuries meanwhile.

After her fight against Origami, Artemisia is left befuddled over how Origami appeared to have perceived her. While seeking through DEM's database, she finds no huge data about the previous AST Wizard other than specialized insights about the previous' Wizard rank and the way that she had left the AST on leave.

As DEM starts its hard and fast war against Ratatoskr, Artemisia is conveyed to the bleeding edges. There, she is focused by a group driven by Origami with the end goal to utilize her broke down brainwaves to invalidate the Bandersnatch. Prior to the fight, she addresses Origami on why the previous AST Wizard appears to be so natural. To which, Origami answers back that she has been mentally programmed by AST. While somewhat entertained by the proposal, she declines to put her trust in Spirits as she draws out her sword.

In spite of Origami consolidating her constrained Astral Dress with her new CR-unit, Artemisia figures out how to draw the fight out into a stalemate. Looking for a diversion to guarantee the preferred standpoint, Artemisia imagined that the AST individuals landing on the war zone were to offered help for herself. Be that as it may, subsequent to being deceived by DEM far to ordinarily, the AST squad opens fire on her rather, a lot to Artemisia's stun. As the fight developed more frantic, Artemisia intentionally utilized her Territory to twist her body to the point of harming herself with the end goal to both avoid Origami's assault and land an unequivocal blow on her adversary. Nonetheless, that was inside Origami's desires, as their fight just filled in as a diversion for Mukuro to sneak up behind her and utilize Michael to open her fixed recollections. As she creatures to lose awareness from her recollections flooding back, the exact opposite thing she sees is Origami being welcomed by the AST group.

In the wake of being vanquished, Origami endows her previous AST colleagues with the job of transporting the now oblivious Artemisia to Fraxinus. In the wake of touching base there, MARIA asks for that the AST individuals further exchange Artemisia to carrier Ulnus, lead by Karen Mathers. The AI asks for this on the grounds that Fraxinus was going to enter ground zero in standing up to Mio Takamiya and Karen was more than equipped for finishing the activity of breaking down her brainwaves. 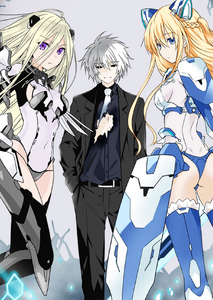 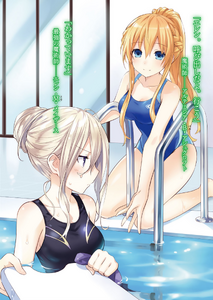 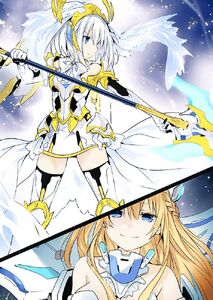 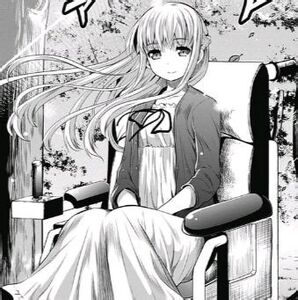 Artemisia in Date A Strike. 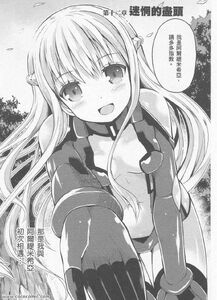