CEO of the Burns Fashion Company

Running their business for the Burns Fashion Company

Arthur Burns is a minor antagonist from Doll Eye. He was the one who indirectly caused Mystery Burns to become insane later on in the story turning him into an eventual madman villain. He has been known for abusing Mystery and his wife verbally and possibly physically which would qualify him as a villain since he had crossed the Morally Event Horizon. He had also had a huge strong hatred against the LGBT Community which gives him some more reasons to qualify him as a villain.

Arthur Burns had a sophisticated fashion organization with his wife Lily Burns and it went well. Eventually when Jeremey was brought into the world things had gone downhill when his job became more difficult leading to him becoming abusive towards his wife and his own son. Leading to the death of his wife Lily Burns and Mystery's mental state going worse because of the way Arthur has treated him and Lily.

Arthur appears to be a cat with a light blue head. He is skinny. with a skinny long ponytail hair, violet eyeliners and greenish-yellow eyes and teeth, and he also wears a black tuxedo with a neck red tie much like his son, only to have Arthur wear a black suit with bright white gloves while Mystery has a lab coat, and a chewed up neck red tie with black gloves.

Arthur appears to be grumpy and resentful, most towards his son Mystery for his sexuality. He is against LGBT and there isn't a lot written or shown to why he hates it but it is possibly because of his loneliness with grieving over the death of his wife Lilly Burns and how his son started to despise him overtime after the way he has been towards them. Though Arthur has been seen to be depicted as a jerk, he has had felt feelings for his wife and genuinely loved her, and he really feels sorry for the way he treated her and his son Mystery Burns.

As STRANGER he appears to be in a black tux with white gloves and a neck red tie. When he is drawn presumably by Mystery himself, he has a scribble on his head and he is constantly called "STRANGER" by his son. 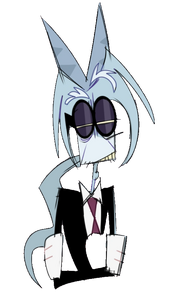 Arthur depicted by the creator themselves. 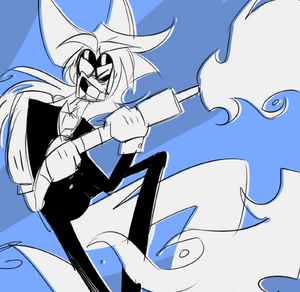 Arthur Burns with a flamethrower. 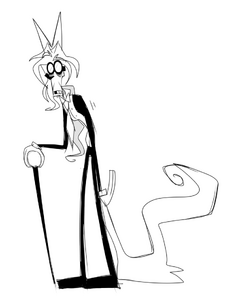 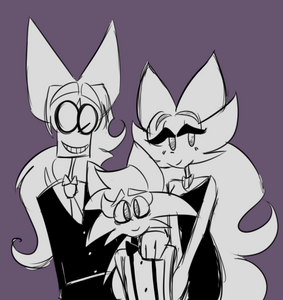 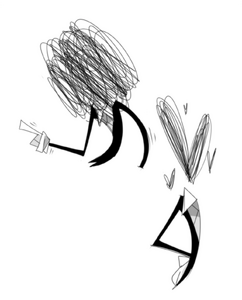 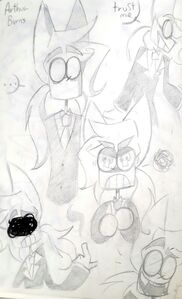 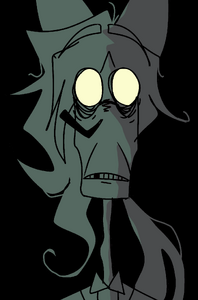 Retrieved from "https://villains.fandom.com/wiki/STRANGER?oldid=3341322"
Community content is available under CC-BY-SA unless otherwise noted.