Destroy Katharon and Celestial Being.

Arthur Goodman is the second-in-command of the A-Laws and a major antagonist in Mobile Suit Gundam 00.

Arthur is a portly man with a head of curly blond hair who holds a high position within the A-Laws.

Proud and boisterous, Goodman is dedicated to the cause of forming a united world. However, he has shown that he is willing to go to any lengths necessary in order to assure this. Many of his lesser traits are shown during the Break Pillar incident, when he allows Memento Mori to be fired on civilians evacuating the Africa Tower and showing glee about the destruction of "anti-government forces". He never cares about his troops, which is shown when he is trying to order his men to shoot down disabled allies together with rebelled ships.

Arthur first appeared when he joined the A-Laws, which is responsible for unifying the world. When Arthur found out that the Katharon, a force rebelling against the corrupted Federation is trying to rescue the people in the colony Proud, he ordered his force to use this as an excuse to have the newly developed Automatons to slaughter everyone in the colony. However, the Automatons are eventually taken down by Setsuna in his repaired Exia Gundam. Arthur is then forced to retreat.

Arthur soon encountered the Celestial Being again, however, his force are quickly outmatched by the 00 Gundam with Twin-Drive System.

Soon, the newly developed weapon Memento Mori is created, Arthur, together with Aber Rindt take part in the test of the weapon, which they have it to fire at the Suille Kingdom, destroying it as a result. Arthur then left the Memento Mori to Rindt and let him to be in charge of it.

Eventually, the Memento Mori is destroyed by the Celestial Being, which resulted in the death of Rindt. And the AEU elevator is captured by some rebeled regular force. However, to their best unknown, another Memento Mori is built and Arthur is in charge of it. He had the Memento Mori to fire at the elevator, thus killing innocents in it.

The destruction of the elevator is then blamed on the rebels, and Arthur is one of the general that is present in a speech held by Federation, however, Arthur is informed that the Celestial Being destroyed the Memento Mori again. Thus forcing him to go to space.

Eventually, the Celestial Being plans to reclaim the Veda from the A-Laws, and Arthur is in charge of the fleet that defend it. He lured the Celestial Being to destroy three seemingly kamikazing ships to release the anti-field particles in them, thus rendering beam to be useless. Arthur then tried to overwhelm the Celestial Being, however Katharon and defected federation force, led by Kati intervent, thus causing Arthur's force to be overwhelmed. Arthur angrily ordered his men to shoot down Kati's ship, but since Kati had her ship to hide behind a disabled cruiser, they can't shoot. Arthur then tell his men that he don't need disabled troops and tried to have them shoot down, however, Setsuna in the 00 Raiser fired at the bridge of Arthur's ship, Arthur tried to flee, but is still vaporized and killed for good. 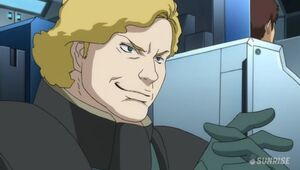 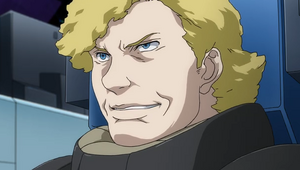 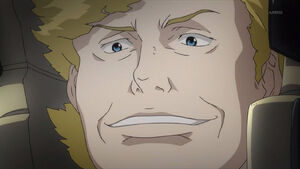 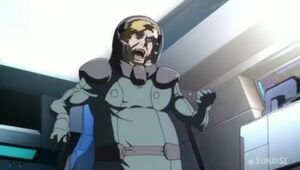 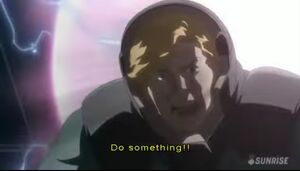