Killing people that remind him of his family.

Abusing his own family.
Singing

Repeat the cycle of his family’s deaths by killing others for as long as possible (succeeded for awhile).

Arthur Mitchell, better known as the Trinity Killer, is the main antagonist of the fourth season of the Dexter TV series, and the posthumous overarching antagonist of season five. Arthur is a prolific serial killer who re-creates the deaths of his family in a cyclical series of murders.

He was portrayed by John Lithgow, who also played Burke in Blow-Out, Lord John Whorfin in The Adventures of Buckaroo Banzai Across the 8th Dimension, B.Z. in Santa Claus: The Movie, Jean-Claude in Rugrats in Paris, Eric Qualen in Cliffhanger, Glenn Motch in The Campaign, Earl Talbot Blake in Ricochet, Lord Farquaad in Shrek, Lamar Blackburn in The Accountant, and Carter Nix and Carter Nix, Sr. in Raising Cain.

In 1959, 10-year-old Mitchell was watching his older sister, Vera, take a shower. Upon seeing him, Vera panicked, slipped and broke the glass screen, cutting her femoral artery and bleeding to death. Arthur's parents blamed him for Vera's death. His mother became extremely depressed, and ultimately killed herself by jumping off a building. Following this, his father, already a heavy drinker, became an alcoholic and frequently beat his son during his drunken rages. Ultimately, his father was bludgeoned to death with a hammer - it is suggested by Mitchell himself.

Ever since, Mitchell has been recreating the deaths of his family in a cyclical series of murders: first he murders a young boy, symbolizing himself; then he kills a young woman by slicing her femoral artery, symbolizing his sister; he forces a middle-aged mother to commit suicide by leaping to her death, symbolizing his mother; and finally he bludgeons a man to death with a hammer, symbolizing his father.

He claims to take no pleasure in killing, and does seem to harbor some remorse; after each murder, he punishes himself by taking a scalding hot shower and goading a drunk into beating him up.

He has killed dozens of people over 30 years, while “hiding in plain sight” as an apparently devoted family man, church deacon and pillar of his community who runs a business building houses for the homeless. However, behind closed doors, Arthur is abusive towards his wife, daughter, and son.

Dexter Morgan decides to make the “Trinity Killer” his next victim after hearing about him from FBI agent Frank Lundy. When he finds Mitchell, Dexter - who has recently become a father - sees that his quarry can apparently balance his family responsibilities with his “secret life” as a serial killer, and decides to learn from him before murdering him. He befriends Mitchell by pretending to need his spiritual counsel; calling himself "Kyle Butler", he claims to have accidentally killed someone and asks for Mitchell's help finding salvation. This strikes a chord in Mitchell, who comes to believe that God sent Dexter to him. Mitchell believes that God is punishing him and attempts suicide, but Dexter saves his life so he can kill him himself later.

Dexter has Thanksgiving with Arthur's family, and discovers that Mitchell is not the loving husband and father he appears to be: he is in fact an abusive tyrant who beats his son, keeps his wife virtually imprisoned in their home and has repressed incestuous feelings for his own daughter. When Mitchell begins hitting his son, Dexter intervenes and nearly kills him. Mitchell decides to get rid of Dexter, and discovers who he really is.

It is eventually revealed that Mitchell has an adult daughter, Christine Hill, from a previous relationship, and that she knows he is a serial killer. Rather than turn him in, however, she covers up for him and even kills Lundy, all so she can win his love. When he learns about Lundy’s death, however, he curses her for bringing the police down on him and says he wishes she had never been born. Devastated, she commits suicide.

Mitchell begins his murder cycle again, kidnapping a young boy. Dexter saves the boy, however, forcing Mitchell to go on the run. Dexter finally subdues Mitchell and prepares to kill him. Mitchell accepts his fate and says that a similar one awaits Dexter, sooner or later. Dexter then bludgeons Mitchell to death with a hammer.

When Dexter returns home, he discovers that his wife, Rita, has been murdered, having bled to death after her femoral artery was slit; she was the Trinity Killer’s last victim. Their infant son, Harrison, is sitting in a pool of Rita's blood, crying, mirroring the childhood trauma that turned Dexter into a serial killer.

Mitchell appears in flashbacks in the limited series Dexter: New Blood, which is set 10 years after the original series finale. A now-teenage Harrison is plagued by memories of witnessing his mother's murder, particularly of Mitchell smiling cruelly at him and saying, "Don't worry, daddy will be home soon." It is suggested that this trauma created in Harrison a "Dark Passenger" not unlike his father's.

Kills Outside The Cycles 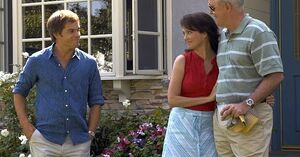 Arthur with his wife, Sally. 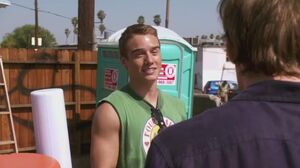 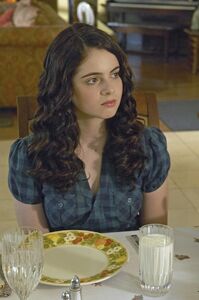 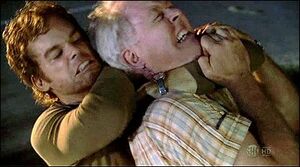 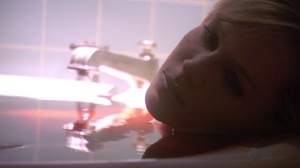 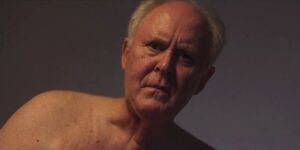 Arthur Mitchell staring down at a young Harrison after killing his mother Rita in a flashback.