Get medicine for his sick sister (determinant).

Survive the zombie apocalypse (currently).
Seek revenge on Clementine and Jane for robbing him and taking his sister's medicine or his gun (succeeded, but later failed).

Arvo is the main antagonist for the second half of Telltale Games' The Walking Dead: Season 2. He was a member of a Russian survivor group led by Buricko.

He was voiced by Michael Ark.

Arvo first appears in "Amid the Ruins" where he arrives to an observation deck to hide medicine for his sick sister, Natasha. The deck also contains Jane and Clementine, a pair of survivors, who either rob Arvo of his medicine, or his gun, as dependent on the player. Either way, a few days later, Arvo will catch Clementine and her group of survivors trudging through a snowy wasteland where he has his group which is his sister, Buricko, and Vitali hold Clementine's group up, with the intents of stealing everything they have. Clementine then notices how Rebecca, a woman in her group who just recently gave birth, died from hypothermia with the baby in her hands, as everyone else is too occupied arguing with guns to their heads to notice. Following the player's choice, the episode will end with either Clementine or Kenny shooting Rebecca after she reanimated before she could harm the baby, startling Arvo's group and forcing the situation into a firefight.

Later Arvo is seen trying to save his sister who been had shot and been showing doing CPR. Kenny fueled with rage decides to take him as hostage leaving him confused and scared. After his entire group is dead, a frightened Arvo assures that there is a warm place with food and he can lead Clementine's group there.

Throughout the trip, Kenny insults and abuses Arvo shocking the other members of the group. On the other hand, Mike quickly sympathizes with Arvo. When the group crosses the frozen lake to reach the house, Arvo tries to flee but is quickly caught by Kenny. When the survivors go to the building, Kenny savagely beats Arvo, blaming him for the death of Luke who drowned in the lake. Mike grows even closer to Arvo and apologizes for Kenny's behavior and Arvo thanks Mike for his sympathy.

In the middle of the night, Clementine finds Mike, Arvo and Bonnie (determinant) trying to get away by stealing all the supplies and the truck Kenny fixed the day before. So she points her gun at Mike and Arvo points his gun at Clementine, scared and angry. Whatever Clementine does, Arvo will shoot her in the shoulder, which alerts Kenny and Clementine passes out. It is unknown what happened to Arvo after this, except that he, Mike, and Bonnie failed to steal the vehicle to get away. 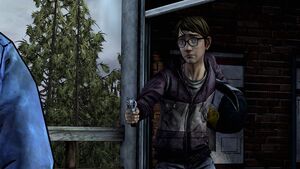 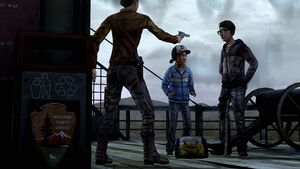 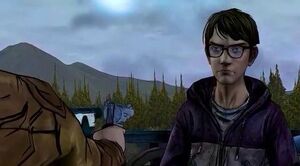 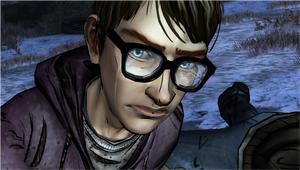 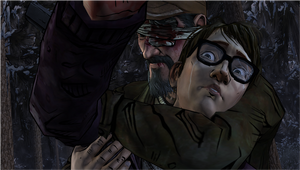 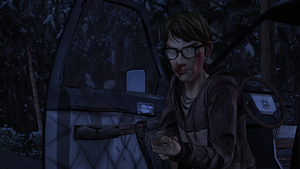