Member of the Team Squad (formerly)

Have Little Cato join her in being a servant for Invictus.

She is voiced by Ashly Burch, who also played White Pumpkin in Minecraft: Story Mode.

Ash Graven was born on the planet Serepentis, which was worshipping their patron god, Werthrent. At one point in her life, she and her younger sister Harp were to be sacrificed to the god. In her despair at seeing her sister get devoured, Ash activated some dark power within herself and unwittingly killed everyone in the room, including her parents. Escaping, Ash would be found by Clarence Polkawitz and his adopted son, Fox, and becomes adopted herself. It is revealed in the third season that her dark powers were granted to her by the main antagonist of the series Invictus, in much the same way that the Lord Commander received his.

In Season 3, after Ash accompanied the Team Squad into the titular Final Space to rescue Quinn Ergone, Invictus gradually starts to corrupt her by predicting that Fox would be murdered by Gary. She would have three days to decide where her true allegiance laid. However, when Team Squad journey into the mind of the Titan Bolo, Invictus puppeteers the corpse of her adoptive brother (as it killed him beforehand) and then takes control of Gary's robotic arm and stabs Fox with it, making it seem like Gary killed Fox. Despite being initially enraged, Ash appeared to forgive Gary after he asked her if she could tell him stories about him.

Unfortunately, Invictus' influence still lingered inside of her with its subtle methods of trying to seduce her to its side. In the penultimate episode "The Leaving", after their attempt at escaping Final Space failed, Avocato goes to speak to Gary in secrecy and Ash overhears Avocato confessing to having murdered Little Cato's birth parents. Enraged, Ash uses her powers to telekinetically strangle both of them now fully convinced that she was on the wrong side. Viewing Little Cato as the only person she had left to trust, she forces him to accompany her to the prison Invictus was imprisoned in.

In the prison itself, Ash tries to make Little Cato join her as family, but they're confronted by Avocato and Gary. Avocato says that he did truly kill Little Cato's parents, and they're eventually confronted by the Lord Commander, who has entered the prison to kill Invictus, now that he's a Titan. Given that he broke Ash's fingers beforehand, Ash does the same to him, making him fall down. Ash would then chase the Team Squad and eventually overpower Mooncake. Absorbing Mooncake's powers, Ash frees Invictus from its prison. 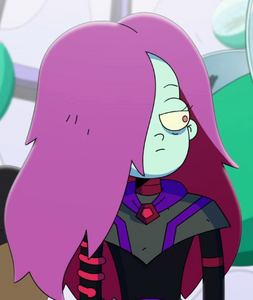 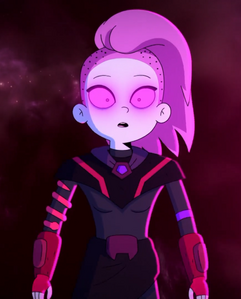 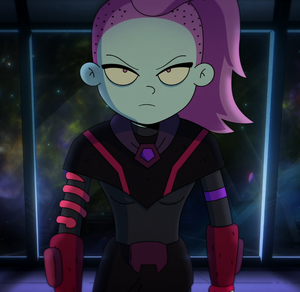 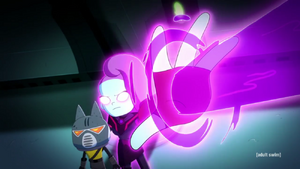 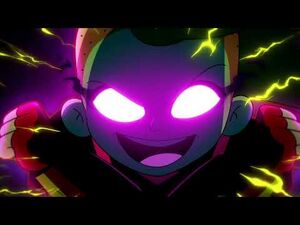