Kill and destroy everything that exists

When Minerva Liddell almost killed Cecil O'Brien, Artemisia's memories was filled with despair, fear and hatred. At the time of the event, all Ashcroft Units joined in mysterious ways and were linked together and caused a horrible transformation in Artemisia.

After the transformation of Artemisia, the smokescreen bent down and revealed the true form of Artemisia, everyone in the place had been scared with what they saw. Artemisia was the appearance of a giant robot with tons of monsters, as if they had built a robot over a skin of a huge monster. Their combat capability is fiercely after the implementation of the Bo-optional area know (realizer), to release large fracture energy of the class space Shin-scale amusement park features the power of vague about whether a trait was started without plot.

Born of emotions tinged with anger and hate story, as the Inversion of the Spirits. Because it is the presence of only destruction spread around just people.The Ashcroft Monster leave the park and began to cause great destruction and chaos in the area, destroying dozens of buildings with an unimaginable force. 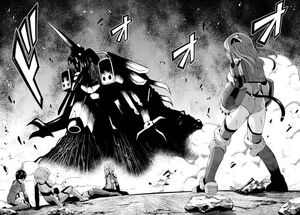 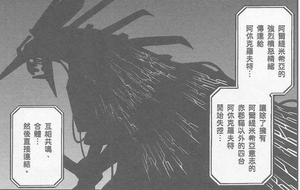 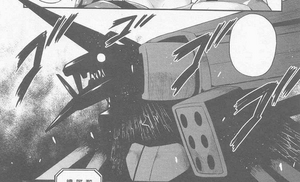