Killing people and eating their hearts out

To eat B- human hearts.

Misanthropic Femme Fatale
Agent Ashley Fallon was the main antagonist of the Charmed episode "The Wendigo". She was a wendigo who turned Piper Halliwell into one after she had scratched her one night.

She was portrayed by Jocelyn Seagrave.

At one point, Ashley was engaged, but her fiancé left her, leaving only a "sorry" note. It is implied that she killed him and ate his heart out, which turned her own heart into ice and thus she became a Wendigo. Whether or not she is the first one Piper had discussed in the Book of Shadows is unknown. Since then, she had been hunting victims with AB negative blood who were either in love or had good hearts. She could only change during the full moon. She also had the ability to pass the curse on the others by scratching them. She had unnatural healing abilities and could only be killed by fire.

At one point, she attacked Billy Waters and his fiancé, Laura, in Lake Michigan and killed her via eating out her heart. Billy scared her off with a torch, figuring out she had a fear of fire. Pretending to be looking for the creature, she had traveled through Chicago and New Orleans until she arrived in San Francisco. While there, she tracked down Piper Halliwell and in attempt to eat her heart out but all she managed to do was scratch her due to Billy showing up and scaring her by firing his flare gun. She later arrived at the hospital where Piper was taken in her human form, and managed to gain their trust. After Billy was told by Piper what a Wendigo is, Billy had gone to Agent Fallon to explain to her what they were up against. However, once Billy saw her frightened reaction to the flare gun from his lighter, he had found out what she was so she killed him via snapping his neck. Agent Fallon and Andy Trudeau went out on a stake out on the last night of the full moon. When night time came, she transformed and almost killed Andy, but was stopped by the Charmed ones who had managed to kill her with a flare gun. After she was killed, Piper was transformed back to normal. 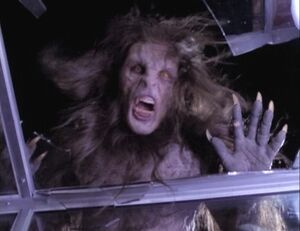 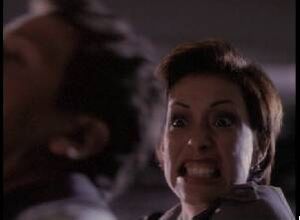 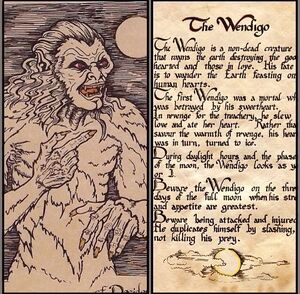 Wendigo description in the Book of Shadows