Villains Wiki
Register
Don't have an account?
Sign In
Advertisement
in: Mature, Dimwits, Date A Live Villains,
and 32 more

Ashley Sinclair is a supporting antagonist turned anti-hero in the manga spinoff Date AST Like/Date A Strike. She worked as a former Wizard on Special Sorcery Service.

Ashley and is quiet most of the time, but she is also mentally unstable and super stressed, she is known for her mood swings. She is often seen with a friendly smile she is known to tear people down with her words, when she enters combat she loses temper and gets wild and obsessed with the struggle about to slash her ​​enemies until the last piece, when she is winning a fight she keep calm and turn a soft-spoken girl who looks this threatening her enemies like a knife on the soul of the person.

She is known to be a violent fighter. She has a very bad sense of direction and always does things without thinking. Ashley lives for battle and enjoys a good fight more than anything. She still retains, in an effort to make any fight last longer, but she always prefers to face the strongest, always punishing the weak. She alleges injury and cuts are not nothing but the price one pays for a good fight and even saying that she likes a good fight, she is a coward who flees the fight when she is losing the fight.

Despite her team being more bloodthirsty than any squadron, the new SSS has a special theme to avoid war occurred in the past and to prevent any kind of internal conflict between organizations. Despite her tendency to be brutal, Ashley usually stops a fight if her opponent is too injured to fight back, however, she commits torture and bully with an opponent who was defeated claiming she is not interested in fighting weak to may struggle, and she does not feel obliged to give a death blow for those who can not fight any longer. However, she, without hesitation, will kill her opponent if they refuse to end their fight, as seen during her battle against Mikie Okamine.

During fights her, she speaks very offensive names for her opponents when they are getting cornered her to a certain extent.

On multiple occasions, Ashley showed highly respect those who can defeat her in a fight and those who can push she to her limit. Since Origami handed her first known loss, Ashley held the last member of her squadron. She expressed her willingness to face it in a rematch in a fight of life and death against Origami.

Ashley sometimes contradicts her own logic in the fight. On the one hand, Ashley wants to increase his own personal power with tecnolgica magic that is created by the DEM and inserted into the body of the company soldiers to create an army of wizards. Moreover, she hides her strength to enjoy a fight for as long as a weak can last in a fight against her. Although she develops for the squad and tme, Ashley has emotions and despite being a bloodthirsty fighter, she's just a spoiled child who only wants to be recognized as the most powerful wizards in the world and be more powerful than Ellen.

The spinning process standard combat AST is commonly used around the base of AST and under CR-Unit, when a user is in combat. The spinning process is only used to combat an emergency or in combat without a unit of CR, as it contains a basic unit Realizer him, Ashley uses the new Combat Suit made by DEM, it cost the memories of Artemisia to create this new combat suit in the process.

The CR-Unit unicorn is a new mechanical equipment with weapons that are equipped with a Realizer. The CR-Unit boosts a normal human being who has been trained to use CR-Unit in a super-human person within the limit. The CR-Unit is not designed for indoors, hence user-CR unit could only use it in places wide. The purpose of its creation is to oppose the extraterrestrial beings, the spirits.

The CR-Unit provides improved physical strength as well as various weapons to the user. Different CR-units are known with each type being allocated to a particular user role or mission. Many of these CR-Units, like most other military equipment, were given names.

An aircraft DEM, that functions as a CR-Unit towards an assistant is sufficient to mobilize.

A blade Spirit Anti-laser. When disabled, it simply consists of a handle and guard. It is usually stored inside the suit wiring combat when not in use. When the user picks up the sword, suit wiring fight will move the handle in a position where it can be drawn more easily. When active, a blade made of bright blue energy (about a meter long) is emitted from the handle.

A Dual Mode razor blade of a laser. 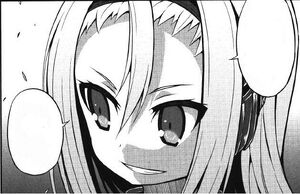 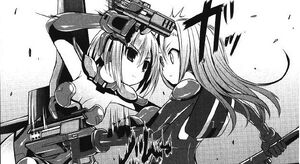 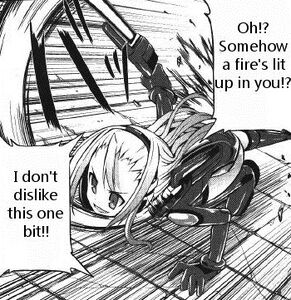 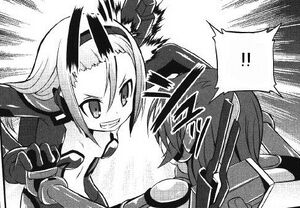 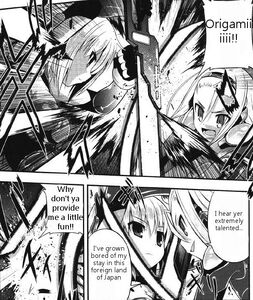 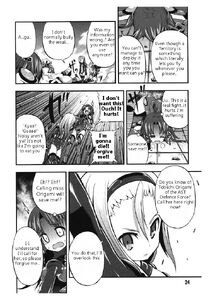