Villains Wiki
Register
Don't have an account?
Sign In
Advertisement
in: Super Sentai Villains, Partners in Crime, Minion,
and 12 more

Minions
Ashy and Lamunea are a pair of Dino Girls working as Ferocious Knight D's two henchmen and the secondary antagonists of the movie Zyuden Sentai Kyoryuger: Gaburincho of Music.

Ashy and Lamunea led an army of Zorima to attack a concert being held by the pop star Meeko, as she was capable of singing a song that could reawaken Tobaspino. However, they are soon confronted by the Kyoryugers, who were attending the concert. As Kyoryu Red escorted Meeko away, Ashy and Lamunea were held off by Kyoryu Pink and Kyoryu Green, and Kyoryu Black and Kyoryu Blue respectively.

The two later retreated along with Deathryuger after he boss managed to overpower all of the Kyoryugers and abduct Meeko. 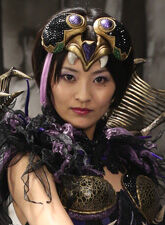 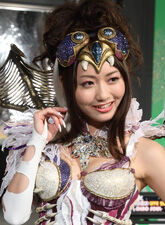