Askeladd is an antagonist of Vinland Saga. He is the captain of a viking pirate band who killed Thorfinn's father, Thors, with underhanded tactics after losing to him in a duel. However, he ends up becoming Thorfinn's boss when he joins the group in order to train, hoping to one day be capable of fighting and defeating Askeladd in a duel to avenge his father.

He was voiced by Naoya Uchida, who also voiced Madara Uchiha.

Askeladd was illegitimately born Lucius Artorius Castus to a Norse Viking father, Olaf, and a Welsh noble woman, Lydia, who had been captured and taken as his slave. When she became of ill health, Lucius had to work as a helper at a smithy and stables to provide for them, which is where he earned the nickname "Askeladd", as his work constantly left him covered in ashes, soot, and animal dung. By the time Askeladd was eleven, Lydia had a mental breakdown and hallucinated that Olaf was Artorius, the legendary Roman hero whom Lucius was named after.

Before he could kill her, Lucius grabbed a sword and evenly countered his father despite having no sort of training, causing Olaf to recognize his innate sword talent and accept him as a legitimate son. He lived with his father and half-brothers for two years, until one night, he killed Olaf in his sleep for his mistreatment of his mother Lydia, and framed one of his siblings for the murder, allowing Askeladd to inherit the property when he was fourteen.

After this, Askeladd became a viking and later a captain of his own band of viking mercenaries despite secretly hating his kinsman, when about nineteen years later, he is hired by Floki to kill Thors Snorresson, a Jomsviking who deserted his army after realizing the horrors of war. Though Askeladd and his men are non-lethally defeated by Thors in combat, Askeladd has his archers fire upon Thors, killing him in front of his six year old son, Thorfinn. 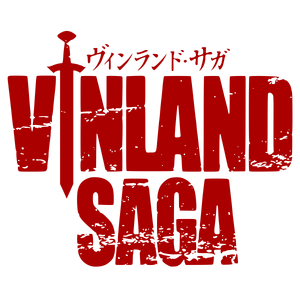 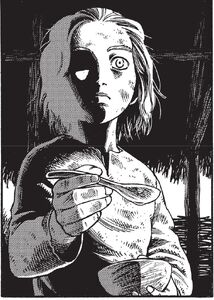 Askeladd when he was a child. 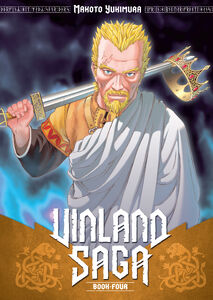 Askeladd on the cover of Vinland Saga Omnibus v4. 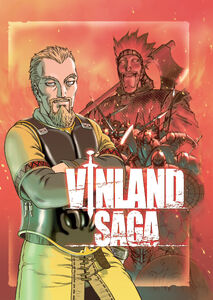 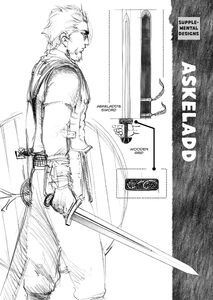 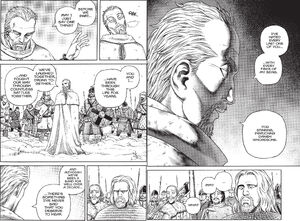 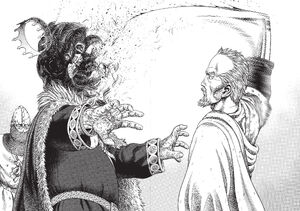 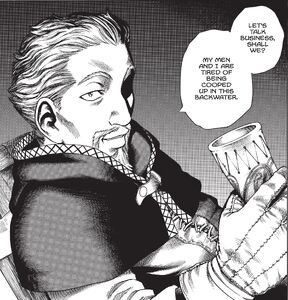 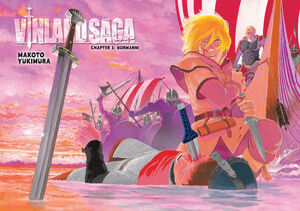