Asphyxia is an obscure monster that appeared in the Silent Hill videogame series. She appears as a boss in Silent Hill: Homecoming inside the Otherworld Version of Overlook Penitentiary. This hideous, gruesome beast is the monstrous and vengeful manifestation of Judge Margaret Holloway's memories of her younger daughter Nora Holloway who she murdered as a pact made by the founding families.

The Asphyxia is a giant monster that resembles a mass of disgusting corpses of women fused together in a link, somewhat resembling a centipede. It has roughly sixteen hand, six female bodies, a pair of legs with no feet, and a deformed face with no eyes.

Asphyxia appears when Alex Shepherd finds Margaret Holloway strapped to a chair inside the Otherworld Version of Overlook Penitentiary, which he quickly frees her from. He shows her the locket that Elle Holloway gave to him. She reveals that this locket was not her but in fact belonged her younger daughter Nora. The memories of Nora manifest and summon Asphyxia soon after. Alex escorts Judghe Holloway to the door when Asphyxia emerges from a fleshy hole in the wall, attacking Deputy Wheeler and pulling him inside. Holloway then seals the door behind her, smiling evilly as Alex is trapped within the chamber with her daughter's monstrous incarnation. Alex manages to defeat and kill Asphyxia in the end.

Asphyxia attacks with her numerous limbs, but she primarily strikes with her 4 main arms, often in a series of 3 swings. She can also spin around and knock Alex down with her long tail section, or simply charge him head on, as well as open her mouth and let out a ghastly shriek which can send Alex tumbling backwards. Her weakness is that she is somewhat easy to dodge (though quite damaging), and her "tail" section is a weak vital point on her body; striking it hard stuns Asphyxia long enough to get a hit on her head. After taking enough damage, Alex forcibly parts the hands covering her mouth forcing her to breathe which kills her. Unlike the other bosses of the game, Asphyxia only has one combat form.

Asphyxia's name and appearance are symbolic of how Nora Holloway died. Her mother, Judge Holloway, strangled her in order to sacrifice her, to appease the Order's dark God and protect Shepherd's Glen. The numerous hands choking and groping Asphyxia's body symbolize how she was murdered.

Nora loved to read, particularly Alice's Adventures in Wonderland, her favorite book. Having multiple arms, Asphyxia's form appears similar to that of the Caterpillar in the book and her "scream" is similar to how the Caterpillar blows smoke from his hookah at Alice. Joshua notes that Nora likes the Caterpillar on his photograph of her.

Asphyxia's appearance is heavily sexualized, evidenced in both her physical appearance and her sway-like, seductive movement, yet she is still unrevealing (vaginal area and breasts are covered in the same manner as a girl would try to cover herself), perhaps symbolizing how she was nearly a woman full grown but denied it.

As depicted in the game, Asphyxia exhibits a tormented existence. It is noted that there is a green substance emitted from her tail when she performs a swiping attack. Usually anything green emitted from the body is a sign of serious infection or is a toxin. The green substance can be attributed to poison; poison can be linked to the wellness, or lack thereof, concerning the soul or the mind.

Asphyxia's lack of eyes may also symbolize how Nora Holloway died. Normally, if a person loses consciousness, the lungs automatically seek air and the breathing functions continue, which makes it nearly impossible for someone to suffocate themselves. This could mean that Nora died half-conscious, half-unconscious, which would give the hands around Asphyxia's mouth a dual meaning; not only was she unable to breathe, she was given no reprieve, even once she blacked out. 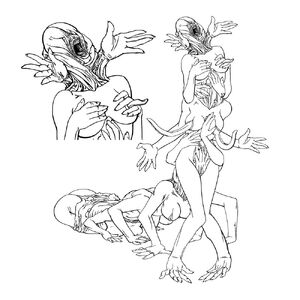 A line art for the horrific Asphyxia by Kenzie LaMar. 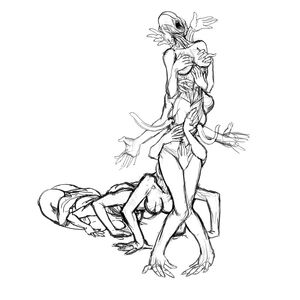 An original conceptual sketch of the twisted monster Asphyxia by Kenzie LaMar. 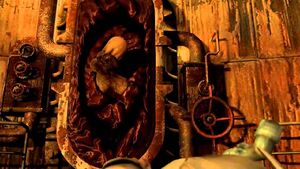 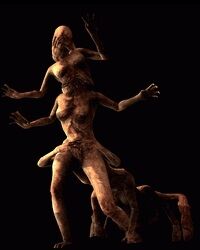 A view of the ugly monstrosity, Asphyxia. 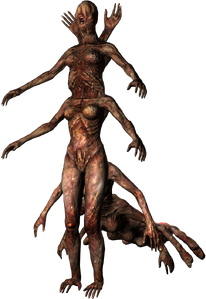 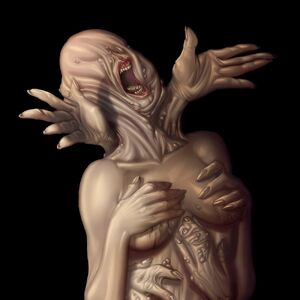 An unfinished artwork of Asphyxia howling the screams of agony. 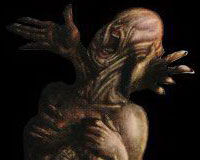 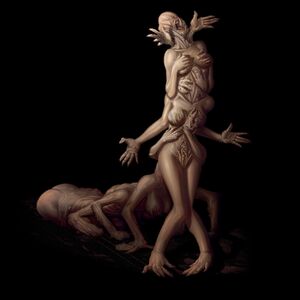 An artwork of Asphyxia.
Add a photo to this gallery

Retrieved from "https://villains.fandom.com/wiki/Asphyxia?oldid=4333835"
Community content is available under CC-BY-SA unless otherwise noted.