Telling Nolan to kill himself.

Have Nolan Lydolph kill himself (failed).

Astor Todd is the main antagonist of the A Haunting episode "Heartland Horror".

He was portrayed by Andrew Ragan.

During a paranormal tour in Branson, Missouri, a teenage boy named Nolan Lydolph separates himself from the tour to look around, not knowing once he read an old book he found, the demon known as Astor Todd follows him home, having nasty plans for the teen.

Once Nolan was back home, him and his girlfriend Angela are watching the A Haunting episode, "Conjuring Evil", but as they were enjoying themselves, they see what appears to be a young boy, but the right half of his body is nothing but a black mass, with Nolan ensuring Angela that the spirit they just saw means them no harm.

The next day, Nolan hears scraping noises from the basement, thinking that it is his pet cat Tiger, but once Nolan entered the basement, Tiger wasn't there. Afterwards, Nolan takes a shower, only to hear growling coming from outside the shower. When Nolan opened the shower's curtains, there was nothing there, assuming it is one of his dogs. When Nolan finished showering, he tells his mother Jacque what he has been experienced, only for his father Dennis to not believe him. 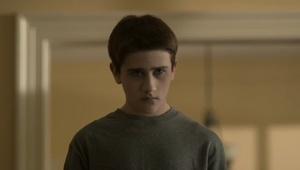 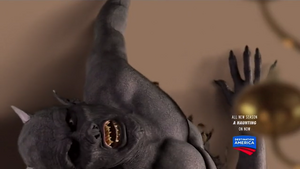 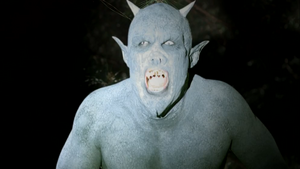 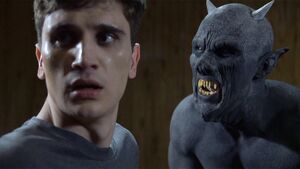 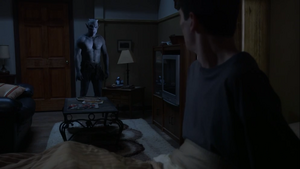 Retrieved from "https://villains.fandom.com/wiki/Astor_Todd_(A_Haunting)?oldid=3315424"
Community content is available under CC-BY-SA unless otherwise noted.