King of the dark elves

Manipulating the Warriors of Light.

Having control over the world.

Take over the Elven kingdoms.

Astos is a minor antagonist in the first Final Fantasy game. The king of the dark elves, he was responsible for cursing the prince of Elfheim and tricks the Warriors of Light to give him the crown so he could become the king of the elves.

Prior to the Warriors of Light arriving to save the world of evil, Astos attacked the elven village of Elfheim, cursing the young prince with a spell that placed him into a permanent rest. To prevent Matoya the blind witch from making a potion to cure the prince, he steals her crystal eye. To the north of Elfheim is the Western Keep, where an old king explains that Astos cursed the castle and the prince, with only the crown from the Marsh Cave capable of lifting the curse.

Upon obtaining the crown from the Marsh Cave and returning to the castle, the king reveals his true form as Astos, who manipulated the Warriors of Light to obtain the crown for Astos to become the true elf king. Astos attacks the party now that they outlived their use to him, but they defeat him. He drops the crystal eye, which if returned to Matoya allows her to create a Jolt Tonic to awaken the prince from his slumber.

In one room of the Wisperwind Grotto introduced in the Dawn of Souls edition and further remakes, the Warriors of Light are shown flame-like spirits of monsters that the party slain before that must be put to rest. One of the souls is Astos, who attacks the party to seek his revenge. Upon defeat, Astos swears that his curse will follow the Warriors of Light until their demise before fading away.

Astos appears as a boss enemy.

Astos appears as an enemy, using his sprite from the Gameboy Advance version of Final Fantasy.

Astos appears as an ability card in the ranger job with the fire element that boosts a character's attacks when at low health or with a fully powered Ultimate gauge.

Astos serves as the main antagonist of the 34th episode "The Fractured Fantasy of Captain N". In it, Astos disguises himself as an elf friar who brainwashes Kevin into slipping a potion into the elf prince's drink to put him into a permanent slumber. Astos then returned to his castle and had Kevin train his guards for an attack to take over the kingdom. Lana, Mega Man, and Kid Icarus sneak into the castle and obtain the witch's stolen Light Crystal, breaking the spell on Kevin and reverting Astos and his minions back to their true dark elf forms. Astos and his guards chased after the group until they escaped by jumping over the castle moat before the drawbridge closed. 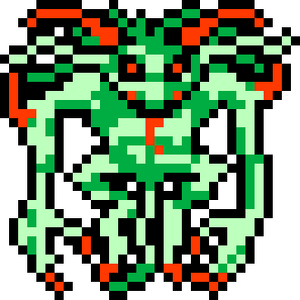 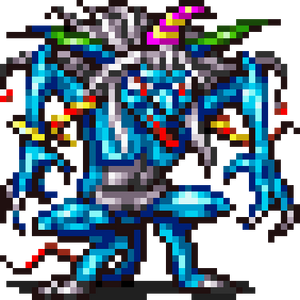 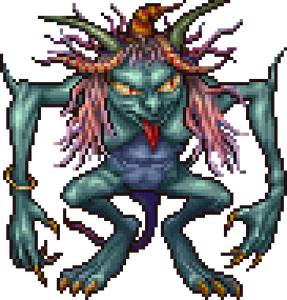 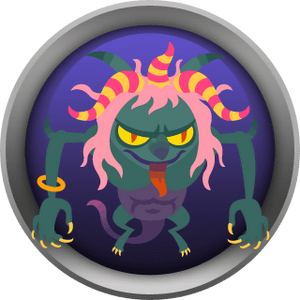 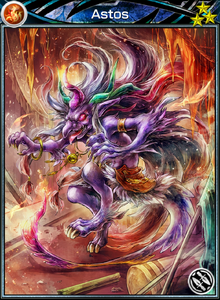 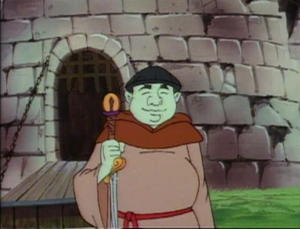 Astos in Captain N in his friar disguise. 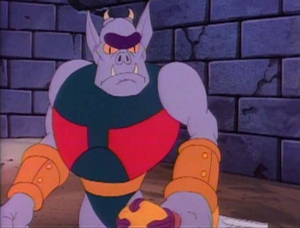 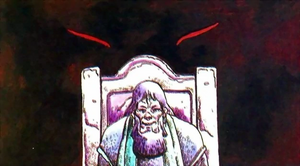 "The King" in a Nintendo Power ad.
Add a photo to this gallery

Retrieved from "https://villains.fandom.com/wiki/Astos?oldid=4100125"
Community content is available under CC-BY-SA unless otherwise noted.