Keep Woody Johnson to herself

Astral is a minor antagonist in Brickleberry, only appearing in the episode "Woody's Girl". She is a creepy cult follower who Woody Johnson fell in love with.

In "Woody's Girl", Astral taught yoga classes that Woody Johnson]] went to. While trying to meditate, Woody freaked out and accidentally slaughtered everybody in the room except for Astral, who was attracted b the fact of Woody murdering everybody. Astral became Woody's girlfriend.

The next day at work, Woody had become completely calm and peaceful because of his new girlfriend, Astral. Woody said that he would be taking a leave of absence and passing on his job as the leader to Ethel Anderson.

Astral and Woody did some naked meditation together while Malloy was trying to play video games. Malloy was very annoyed by this, but Astral wanted to be friends with Malloy so she offered him some art using feces, which he found disgusting. Malloy was especially unhappy to hear she'd be moving in. Woody assured him he wouldn't even notice they were there. Cut to Malloy trying to make a sandwich, while Woody and Astral had sex extremely loudly in the next room over.

Later, Astral told Woody that she was going to be a part of Woody's and his life now but Malloy let her know that she was just one of Woody's many girlfriends who would be leaving soon because of his torture. Astral grabbed Malloy by the fur and viciously threatened to kill him if he tried to get in the way of her love with Woody and then punched him across the room, giving him a black eye. Astral left and Malloy insulted her. Astral came back and was about to beat him up again but stricken with fear, Malloy started being nice to her.

The next day at breakfast, Malloy tried to warn Woody about how Astral was an abusive woman, but Astral took out a knife behind Woody's back and made a murderous gesture at Malloy, scaring him into keeping his mouth shut. She also decapitated a teddy bear to spook him a little more.

It was later revealed that Astral was a high figure of a cult, where they worship an alien god called Lortarjizzian, which Woody was quickly accepted into.

Astral later told Malloy that she and Woody would be jumping off Brickleberry Cliff so that they would ascend to a new world with Lortarjizzian. Malloy tried desperately to warn Woody about Astral but he didn't listen.

Astral took Woody to Brickleberry Cliff, where a bunch of cult followers jumped off the cliff, expecting a biaviian mothership to pick them up and take them away to a heavenly plane that would give them whatever they wanted. Astral convinced Woody to go along with it by jumping with her.

Woody jumped off the cliff with Astral but Malloy flew in with a jetpack and saved Woody, leaving Astral to die herself. However, it turned out that Astral's crazy cult was right as the biaviian mothership rose up, carrying all the cult followers inside. They were in a perfectly utopian party, where they got everything they wanted. Astral was very quick to move on, as she was seen giving oral sex to another man. Woody screamed and yelled and tried to get the ship to come back for him but the ship flew off, taking Astral away to an alternate dimension forever. 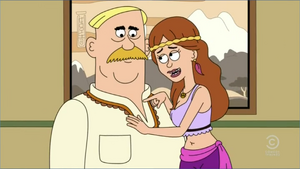 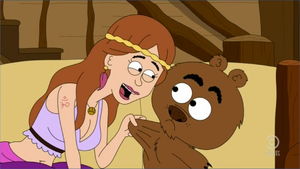 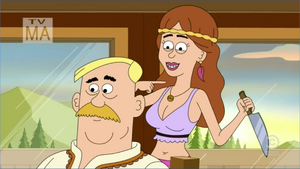 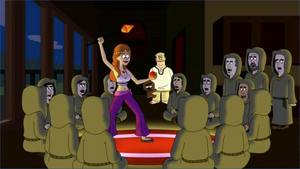 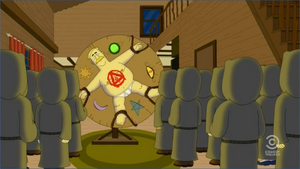 Woody being initiated into the cult. 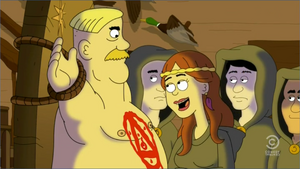 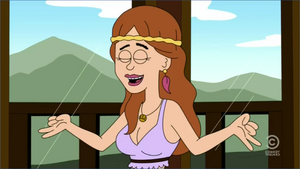 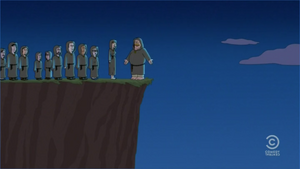 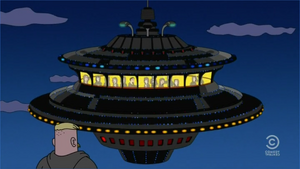 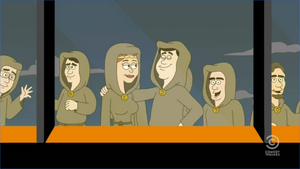 Astral cheating on Woody with another man.