Shateigashira (co-leader) of the Yakuza (formerly)

Leader of the yakuza (until her death)

Knowledge of how to torture

Have her niece rescued from the Colombian Cartel.

Get Mike involved in a mafia ambush (possibly).
Aid Claude and Maria Latore in escaping the clutches of Salvatore Leone.
Have Salvatore Leone killed.
Have Claude assassinate people to prove his ability (all succeeded).

Asuka Kasen is the tritagonist of Grand Theft Auto III and a major character in Grand Theft Auto Advance. She is the co-leader of the Japanese crime syndacite, the Yakuza until the death of her brother where she became the main leader.

Asuka was born in Japan and later immigrated to the United States in 1991 to assist her brother, Kazuki, in managing the Yakuza. She would later leave and go back to Japan at an unknown point, but she would return with her younger brother, Kenji Kasen, in 1998. She would become the shateigashira of the Yakuza when her brother, Kazuki, was killed by Tony Cipriani. When Asuka became co-leader of the Yakuza, she moved to Liberty City and bought a condo. The Yakuza under the leadership of the Asuka and Kenji would begin to decline in influence.

In 2000, Asuka's niece, Yuka gets kidnapped by the Colombian Cartel. She contacts the protagonist of the game, Mike, to rescue her niece, not knowing that Mike is the one who kidnapped her under the orders of the leader of the cartel.

Asuka begins to trust Mike after saving her niece and begins to work with him. Not only do they begin to work together, they also seem to form a sexual relationship with sadomasochistic undertones on Asuka's part.

Asuka had been looking into the death of Mike's best friend, Vinnie, and provides Mike with location of the person responsible. Mike finds the man already dead and he would later find out that Vinnie had faked his own death and betrayed him. After killing Vinny, Mike decides to flee Liberty City. Asuka gives the offer to help but leads Mike into a Mafia ambush. It is unknown if she intentionally did this.

Asuka would continue to live in Liberty CIty in 2001. The protagonist of the game, Claude, and Asuka's friend, Maria Latore, were assisted by Asuka to escape from the clutches of Salvatore Leone, the Don of the Leone Family, by boat to Staunton Island.

In order to employ Claude, Asuka gives him the task in killing Leone, which he succeeds in doing. After proving himself, Asuka employs Claude to assassinate Leone Family hitmen, a reporter and a police officer. She is impressed by Claude's ability and introduces him to Kenji and a corrupt police officer, who both employ him.

Claude begins to work for a businessman named Donald Love who tasks him with killing Kenji to cause a gang war that will lead to the lowering of real estate prices. Asuka is reasonably angered by her brother's death and decides to a construction site that was controlled by the cartel. She also captures a wounded man who happens to be the co-leader of the Colombian Cartel. She would then torture him for information that she would use to have Claude kill three death squads of the cartel, discontinue the use of the fictional drug, SPANK by the Jamaican gang called the Uptown Yardies, and steal packages of the drug from the airport. Claude would return to the construction site to find both Miguel and Asuka dead and finds a note about Maria Latore being kidnapped by the Cartel. Asuka never knew that Claude, her associate was responsible for killing her brother Kenji. Claude, showing no remorse for Asuka and not looking at her corpse, shows how much of a cold-blooded killer he really is, secretly betraying the Yakuza on Donald Love's orders. It is unknown who killed Asuka but it is implied to be the game's main and final antagonist, Catalina. 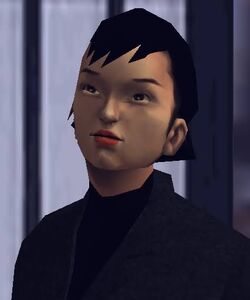 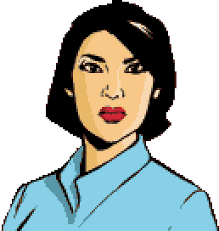 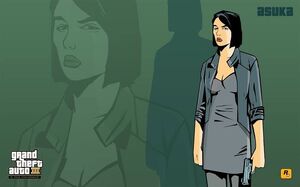