Guardian of the Northern Undead Asylum

Skilled use of his hammer
Superhuman strength

The Asylum Demon is the opening antagonist and the first boss of Dark Souls.

Like the other demons that roam Lordran, the Asylum Demon was created from the Bed of Chaos after the Witch of Izalith's failed attempt to duplicate the First Flame. At some point in the past, the Asylum Demon invaded the North Undead Asylum, where the Undead bound to the Darksign were imprisoned from Lordran. It is unknown if the demon intentionally arrived at the asylum, or if it was sent there by Lord Gwyn as a test to find the most powerful undead to take his position as the linker to the First Flame. Under the Asylum Demon's supervision, no undead were able to escape the asylum, nor could any enter as well. 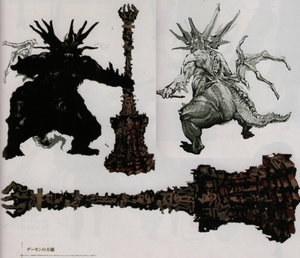 Concept art of the Asylum Demon and its Demon's Great Hammer. 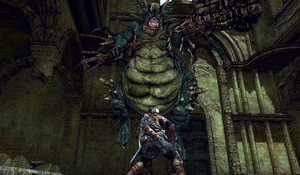 The Asylum Demon falling from the asylum's roof to confront the Chosen Undead. 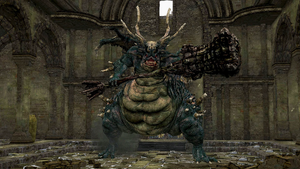 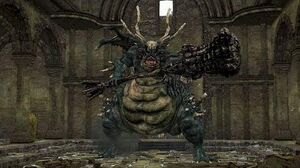 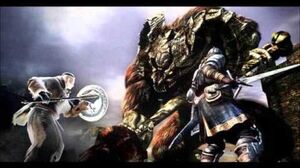