The Way Forward
A Super Power for Hire (by Jonathan Irons)

Rebuild human civilization and terminate the dominance of the world's superpowers (ongoing).

Atlas Corporation is the main antagonistic faction of the 2014 video game Call of Duty: Advanced Warfare, and also appears in the Call of Duty: Mobile comics.

It is the largest private military corporation in the world led by Jonathan Irons, who seeks to rebuild human civilization, but launches an attack on the United States due to his conflict against the government for not only he believing that they failed to build democracies for centuries, but also trying to avenge his son's death by wiping the world's superpowers out so Atlas would become the only superpower to defend the Earth from his enemies.

Atlas Corporation was founded in February 2035 in Colorado Springs and saw major success during the Second Gulf War. Following the end of the war, the area of the conflict was hit hard by catastrophic, devastating, and calamitous aftermath of the war and within five years, Atlas rebuilt Baghdad better than what the U.S. government could do within fifty years.

From there on out, Atlas gained popularity and attention and went international and was also free of government and congressional control and limitations. Their slogan is The Way Forward, reflecting the company's goal of building the future for humanity.

Nineteen years later, the nation of South Korea was attacked in July 10th, 2054 by its hostile neighbor, North Korea, starting a Second Korean War following the Korean People's Army launching an all out assault on the nation's capital of Seoul. Atlas participated in the event and sent in their troops to repel the North Korean offensive, but they were conducting their mission to search and rescue a VIP in the city. The offensive was stopped when the North Korean invasion force was repelled from the country and a former Marine, Jack Mitchell, became a member of Atlas following his return home from Korea.

Fight against the KVA

Sometime before the game, Atlas was leading an all-out war with a terrorist organization known as the KVA, founded and led by Joseph Chkheidze (code-name: Hades) and former Chechen separatists in 2041. In 2055, KVA launched a series of terrorist attacks worldwide, including the kidnapping of Algerian Prime Minister and an unnamed technologist in March 7th, and they also unleashed nuclear attacks on April 28th.

In response, Atlas launched a massive humanitarian relief and they set up various camps to hold the surviving refugees while the PMC continues the manhunt for Hades by capturing his second-in-command who hid in the abandoned city of Detroit. The KVA was disbanded in 2059 when Atlas troops led by Gideon, Ilona and Mitchell were deployed to Greece to kill Hades.

Sometime after the KVA's disbandment, Mitchell and Ilona recovered a holographic recording chip from Hades before his death. When the duo and Gideon watched it, Ilona revealed that Irons had profited from the KVA attacks to improve Atlas' public image by executing the technologist rescued in Nigeria to keep the world's governments in the dark.

Mitchell and Ilona wanted to leave Atlas, but the duo were stopped by Atlas MPs and Gideon, who did not believe that the recording is real, left them alone with Irons until they receive help from an anonymous individual that guided them throughout the firefight in New Baghdad, which is later revealed to be Mitchell's former Marine sergeant, Cormack.

Four years ago, an American-led coalition special operations unit, Sentinel Task Force, was formed with the original purpose of investigating KVA attacks and preventing them from even happening again. However, due to Atlas' rise in new heights, they attempted to stop the PMC from dominating the world, with Mitchell and Ilona joining as Sentinel operatives, and Gideon later defected to Sentinel after completing his own investigation into Irons.

Due to Irons declaring war on the world by attacking San Francisco in 2060, combined with the destruction of Golden Gate Bridge and the damage to the Navy's Third Fleet and its aircraft carrier U.S.S. Arrowhead, the world responded by turning against Atlas in 2061. Sentinel and the U.S. military invaded New Baghdad where the Atlas command center was located, but they were decimated by drones containing a biological agent called Manticore, including "Knox". However, Gideon, Mitchell and Ilona were immune as their DNA signatures were still in Atlas' database, along with Cormack who was outside the blast radius of the city, resulting in their capture by Atlas forces.

After being taken to the prison camp in the city's outskirts, Cormack and Mitchell were tortured and while Cormack bled out from his gunshot wounds caused by Irons, Mitchell's prosthetic arm was disabled using a socket wrench. Ilona and Gideon were about to be executed by Atlas MPs, but they broke free and liberated Mitchell and Cormack. They also discovered that Irons was planning to launch Manticore strikes on the military bases around the world in the next few hours.

As Gideon, Ilona and Mitchell mourned the death of Cormack, they launched a final desperate attack on Atlas command center using XS1 Goliath suits, with Ilona staying behind to guide Gideon and Mitchell. Eventually, the duo were able to stop the launch and Mitchell cut off his prosthetic arm to make Irons fall to his death. Despite killing Irons for his betrayal and everything he stood for, Mitchell narrated that the war on Atlas Corporation still continues around the world.

After Atlas used Manticore in hoping to finish the war, they caused an apocalypse unleashing zombies. While many Atlas troops were killed and infected, Oz, Lilith, Kahn and Decker were overrun by zombies until Atlas researchers revived them at Burger Town. Little does they know, Atlas placed bounties on the four former Atlas members.

In Burger Town, the former Atlas members were captivated by Sentinel lead by Lennox. Lennox killed Oz due to him being a source of the infection. Sentinel extracted the three former members to Atlas' ship. Unbeknownst to them, Oz has become a zombie. While successfully activating self destruction to the ship, Lennox and the three former Atlas members are intended to escape from the ship until they've encountered the zombie Oz but got away within a submarine as the ship was exploded.

After escaped the ship, the four characters are heading to Atlas' black sight. Oz is already there and mutated. After killed the mutated Oz, Lilith deleted Oz's database and burned Oz's corpse to sworn to get revenge on Atlas. Unbeknownst to them, there are many of Oz's clones and one of them open his eyes before Oz saying "I still f*cking hate the Atlas Corporation". 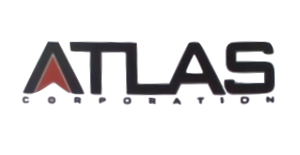 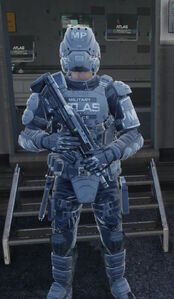 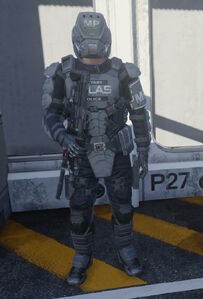 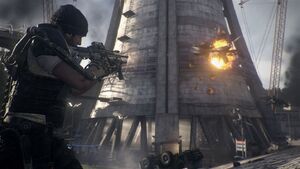 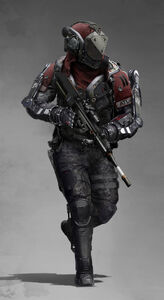 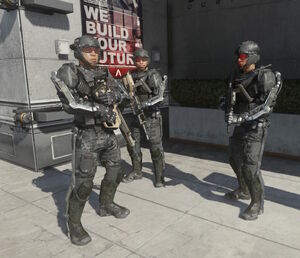