Member of the English Puritan Church

Delusional Magician
Aureolus Izzard is a character from A Certain Magical Index series and is the second/third antagonist to be introduced in the series. He serves as the main antagonist of the Deep Blood Arc. He's a powerful magician and an alchemist with the ability to distort reality.

He is voiced by Tomokazu Sugita in the Japanese version of the anime and Jason Liebrecht in the English version.

His name most likely comes from the second birth name of Paracelsus,Phillippus Aureolus Theophrastus Bombastus von Hohenheim since he is the descendant of a famous alchemist.

Despite being around 18 years old, Aureolus Izzard has the appearance of an adult. He is very buff and well built and his attire mainly consists of a white suit over a blue shirt with a light-pinkish tie and also has loafers. His most striking feature, Aueolus has short neatly combed green colored hair that was dyed green to symbolize its meaning, Earth and the power of Alchemy that he possesses. This same logic would later on be used by Terra of the Left with his green robes. He also keeps his needles in his right buttock pocket. Aureolus also has a very stern and serious look on his face and has blue eyes.

Aureolus has a very serious atmosphere surrounding him stemming from how his powers recquire him to be very concentrated in order to use it so it's fully justified. Despite that however, Aureolus has sadistic traits such as toying with his opponents' lives as if they were his to play with just to simply amuse himself. He's also very egotistical as he will brag about his powers when facing an opponent so he can use his abilities to their fullest potential. He's also rather amoral/nihlistic with other people's lives as he had brainwashed countless children to serve him and keep him safe without any care for their lives. Despite his sadistic and amoral traits, he appears to care for Index and Index only as he defected to the Anglican Church so he could save her. He was also willing to share vital information to the English Puritan Church to keep Index safe and regreted not being able to maintain her memories without whipping them.

As the decendent of the famous alchemist Paracelsus, Aureolus Izzard had decided to follow in his ancenstor's footsteps and he became an alchemist himself after attending the Zurich School of Alchemy. Three years prior to the start of the series, he was a memebr of the Roman Orthodox Church where he served as its Cancellarius (Secret Secretary) whose job was to write grimoires for the church, decode modern witchcraft and write on how to counter it and write them down in books. Later on however, he discovered that the Roman Church itself had used him so that they could use the information to usurp and conquere all other belief systems and the information that he had would be used as their trump cards. Shocked, he defected from the church and fled to the United Kingdom where he became a member of the English Puritan Church and shared the information that he had gathered.

He then met Index and became her partner but he was unable to save her from having her memories erased so she could live (which was secretly fabricated by the Anglican Archbishop Laura Stuart). Aureolus regreted such a loss and gave up trying to save people. He then decided to turn against the Roman Church and became their enemy and kidnapped Aisa Himegami at some point in time as well for her ability to kill vampires.

Aureolus Izzard first appears in the second story arc of the both the anime and light novel series where he has taken control of Misawa Cram School and Aisa Himegami where he is using it as a staging point for his plans. He is then attacked by the Thirteen Knights of the Roman Orthodox Church but he is able to beat them with only one of them dying. However, he is soon found by Stiyl Magnus of Necessarius and Touma Kamijou who are investigating to find him. Izzard confronts them and uses his ability to teleport them away however he soon runs into Index who was out searching for Touma and they finally reunite only Index doesn't remember who he is. Their reunion is cut short when the remaining Thirteen Knights summon the Georgian Chant and use it to level the area but it's reversed by Izzard and he takes Index to the upper floor of his hideout where he plans to turn her into a vampire or make her immortal so no one can harm her ever again.

This is halted when Touma and Stiyl arrive at the area where they see Izzard with Himegami with Index lying unconcious on a table. Izzard then tells the two of his plan and he then uses his Ars Magnas to turn Stiyl inside out and fly him to the ceiling and then takes out a pistol and cuts Touma's right arm off with a swordblade believing that it would render Imagine Breaker useless. The opposite turns out to be true as Touma continues to walk towards him and he still uses his ability to render all of Izzard's attacks useless resulting in him becoming frightened and running away to the table nearby. Stiyl rescues Index and then Touma confronts him one last time and unleashes a dragon inside his arm and it bites Izzard. Instead of dying however, his original persona is gone and is replaced with a new person redeeming him although his attack against the Thirteen Knights had destroyed them and weakened a portion of the Roman Orthodox Church in terms of power. 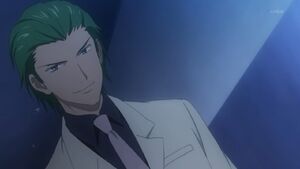 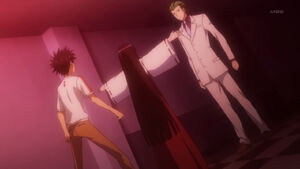 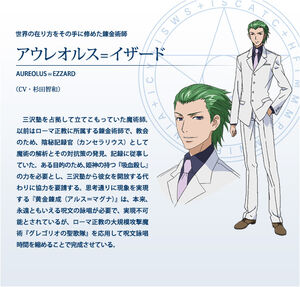 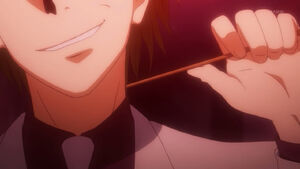 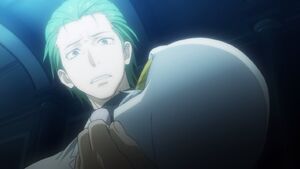 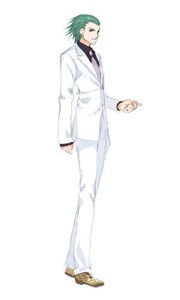