Ava Paige is one of the main antagonists of The Maze Runner film series and a supporting antagonist in its book series.

Chancellor Ava Paige appears at various times throughout the film in Thomas' visions, but doesn't fully appear until the end.

In the end, A woman walks into another WCKD headquarters and its revealed to be Chancellor Paige, alive and well, who says they are ready for "Phase Two".

In the second film, Thomas realizes she is alive when he sees her communicating with Janson. She tells him what to do to the kids but tells him not to hurt them. Later Thomas finds out that Ava is harvesting the Immunies of an enzyme that makes them immune to the Flare (that cannot be manufactured in a lab), so they can find a way to create a cure. She would sacrifice a whole generation, only to get a cure.

In the end, she shows up at the Right Arm's camp after her soldiers attack. She speaks with Thomas and takes Teresa and many others with her. Thomas then declares that he is going to kill her.

During the film it is shown to Dr. Ava Paige working with Teresa Agnes in a desperate attempt to discover a cure, Teresa does all the work while Ava Paige thinks of a plan to help them all, eventually when Thomas infiltrates the building together to Newt and Gally, he meets her and in an attempt to kill her, Janson shoots Thomas and she escapes, during the assault on the Last City when Teresa manages to convince Thomas about the cure of the virus. Dr. Ava Paige tells her that it is true that he is the cure to save them all, making Thomas asks Ava could he have saved Newt and she said he can save them all Thomas lowers the gun, she in a gesture of compassion and tells Thomas  it's okay Thomas asks Ava to leave the others alone she promises that but later receives a shot in the back of Janson killing her. 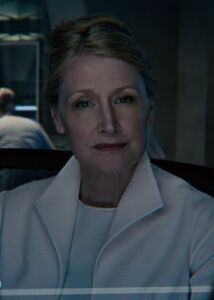 Ava during the video in Maze Runner 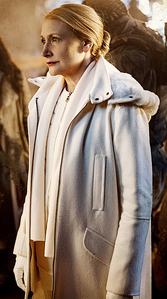 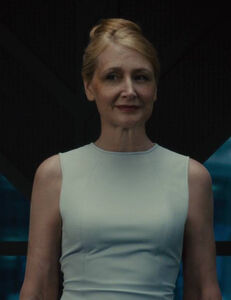 Retrieved from "https://villains.fandom.com/wiki/Ava_Paige?oldid=3258161"
Community content is available under CC-BY-SA unless otherwise noted.