Magical Cultists
Avatar is a cult worshiping the Black Arts and their creator Zeref, that has proclaimed itself as a successor to the Balam Alliance.

The exact date of the foundation of Avatar is unknown, but it started to gain notoriety and influence after the fall of Balam Alliance and the Dark Guilds affiliated with them, as well as proclaimed themselves as a successor to the now-defunct Dark Guild system. Avatar functions in a manner similar to a religious cult, and is known to worship Zeref, with their goal to conquer the world in his name. It also consists of several branches operating in various areas of the world, that operate in an independent manner, nor interact with each other, unless they are called for an important assembly or joint operation.

Avatar members convene in an old, seemingly abandoned church situated in Mikage Forest, and some of the trees overgrow the structure.

Avatar's goal is to cleanse the world of the infidels, who are people that do not follow the creed of Avatar, which is the world of Black Mage Zeref, who is worshipped by the cult as a god. To this end, Avatar devised a plan named Operation Purify, which will lead to numerous deaths of innocent people, if successful. This course of action is caused by the belief in Zeref being attracted to a place where the high amount of casualties can be inflicted upon the pure souls, as in the attraction to where death gathers.

Avatar is known to have numerous cells, noted to be 2000 strong of cultists that are not bound to one another, only combining together for gatherings and other events. Aside from the foot soldiers, the Mikage Branch members are recognized as the elite members that all use a form of Black Magic, garnering the monikers from Dark Sword Jerome to Briar being hailed as one of Avatar's strongest members.

Avatar's actual strength by comparison to Fairy Tail is very low, with their most powerful aspect in the form of Ikusatsunagi being destroyed in a single hit from Natsu. 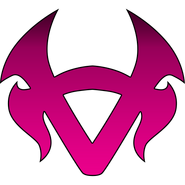