Director of the CIA

Protect the United States of America.

On & Off Government Official

Deputy Director Avery Bullock, simply known as Avery Bullock, is the main antagonist of the adult animated comedy series American Dad!. He is the director of the Central Intelligence Agency tasked with stopping any attempts at terrorism and espionage against the United States of America and is Stan Smith's boss. Despite his position, however, he has attempted to capture Roger (an antagonist on the show himself) and often abuses his authority for personal gains.

He was voiced by Patrick Stewart, who also plays Susie Swanson on Family Guy, Professor Charles Xavier in the X-Men movies and X-Men Legends and is most famously known for playing Captain Jean-Luc Picard in the Star Trek franchise.

The boss of Stan Smith, Bullock has worked at the CIA for over 25 years. Despite his age, he is in top physical form.

Bullock often acts like a school teacher, scolding his agents when they make mistakes or acted like children. He is a very proud man and refused to negotiate with terrorists even when his wife was a hostage. Avery is not the most faithful of husbands and although he loved his wife he has slept with other women more than once. Despite his age, Bullock was able to get into quite a few romantic relationships, even sleeping with Stan's daughter Hayley. He claimed to like fat Asian women. Bullock was also very loving towards his adopted son but also revealed that the baby could be a liability.

Bullock had a wife named Miriam Bullock. She was stated to be missing in Fallujah, Iraq and chained to a radiator, until her only on-screen appearance in "One Little Word" in which she was rescued. She was brainwashed and turned into a terrorist, but recovers upon her realization she was a mother through the adoption of Avery Jr.

Bullock's villainous traits are shown in, but not limited to, these episodes: 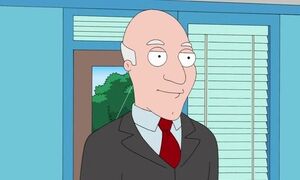 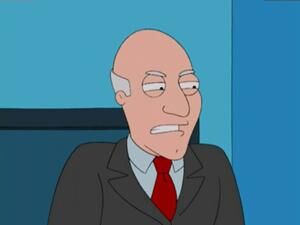 Bullock
Add a photo to this gallery

Retrieved from "https://villains.fandom.com/wiki/Avery_Bullock?oldid=4199530"
Community content is available under CC-BY-SA unless otherwise noted.