The Fifth Colossus, nicknamed Avion, is a major antagonist from the video game Shadow of the Colossus. It is the fifth boss encountered in the game and a vessel for the essence of Dormin.

Avion and the other fifteen Colossi were created by Lord Emon to contain the fragmented essence of the defeated evil Dormin. He set them all to wander the Forbidden Lands, destroying anyone that comes their way, so that Dormin could never be resurrected.

Avion is the fifth colossus that he encounters, flying over crumbled ruins on a solitary lake to the east. Once Wander reaches a certain point in the ruins, he must shoot Avion with an arrow, angering the colossus and causing it to swoop down and try to ram Wander with its wings. Wander must leap onto Avion's incoming wing and grab on to the fur on it to mount Avion, who will immediately try to shake him off by flapping its wings. Wander must hold on tightly, while also making his way to the tips of Avion's wings and the end of its tail where its weak points are located, stabbing them. After they are stabbed, Avion will flap its wings and perform barrel rolls to shake Wander off. If Wander falls off, he must grab its attention with arrows and jump on Avion again. After all of the sigils are stabbed, Avion will plummet into the lake below and die, releasing the fragmented essence of Dormin contained within its body.

Avion's corpse can be seen as the credits roll. 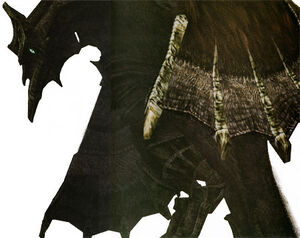 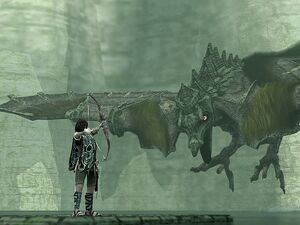 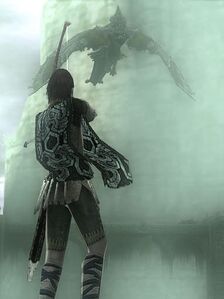 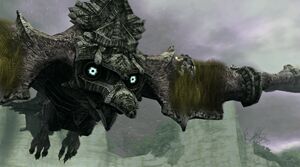 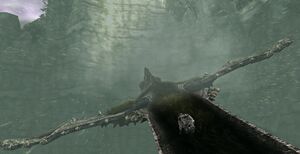 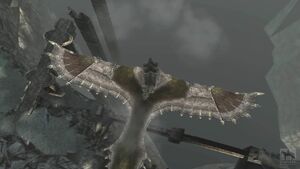 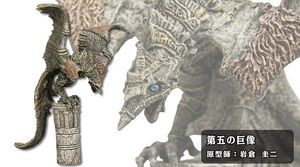 A limited figurine of Avion released exclusively to Japan. 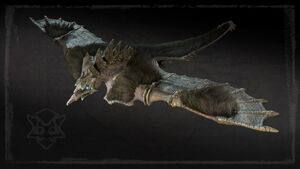 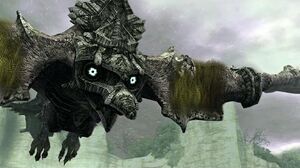 Retrieved from "https://villains.fandom.com/wiki/Avion?oldid=3768904"
Community content is available under CC-BY-SA unless otherwise noted.