Aylmer is an alien that arrived on Earth centuries ago. He was coveted by humans due to an addictive blue fluid he secretes from a blue tube in his mouth that drugs the human brain. From generations, he was handed down into the hands of elderly couple Morris and Martha, who kept him alive by feeding him animal brains. Aylmer grows tired of consuming animal brains and escapes from their bathtub out into the streets of Manhattan to eat human brains.

Aylmer ends up in the apartment of Brian, who he encourages to trust and inserts liquid into Brian's brain, which Brian quickly becomes addicted to. He begins to seclude himself in indulgence to Aylmer's liquid, isolating himself from his brother and girlfriend Barbara. Aylmer offers Brian more liquid if he can take him on "walks" around the city. What Brian does not know is Aylmer is using him as a pawn to eat human brains without detection, using his liquid to control Brian as his host. Brian takes Aylmer across the town still high on the influence, taking his partying to an isolated junkyard. An officer attempts to restrain Brian, only for Aylmer to lunge out of Brian's pocket to eat his brain. Later in a nightclub, Brian is about to make love to a woman on the roof only for Aylmer to eat her brain. Down in the alley, Brian encounters Morris who goes on a long frantic exposition rant on the parasite's history, warning Brian not to fall for his influences like so many before him.

Aylmer is a small, dark blue leech-like creature with a rounded head. He has two blue eyes and suction cups cover the bottom of his body. His mouth consists of razor-sharp teeth and blue tentacles. From these tentacles, Aylmer can extract human brain matter and turn them into his "brain juice".

Aylmer is a savage alien who only seeks to eat human brains. He carries no remorse for anyone he slaughters, seeing them only as food sources. He uses manipulation to trick others into unfair deals to obtain brains from people around the host without their detection. Although Aylmer acts in a polite fashion to Brian, he cares nothing about Brian and is only using him as his pawn to carry out his brain feast. The liquid that Aylmer uses to drug Brian is to only make Brian unaware of Aylmer's true intentions. When Brian testifies against Aylmer, he suffers nightmarish illusions to which Aylmer finds amusement to his suffering. 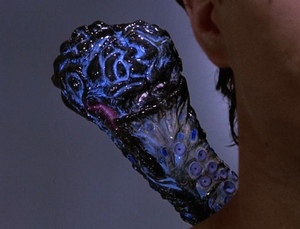 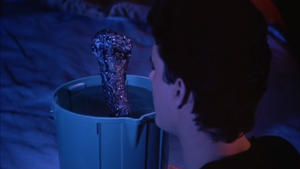 Aylmer telling Brian that he wants to go for a walk. 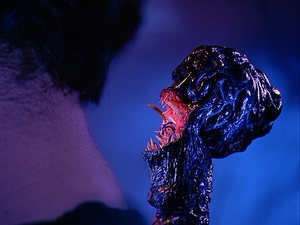 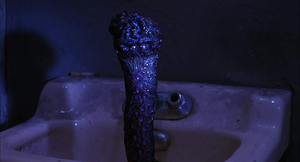 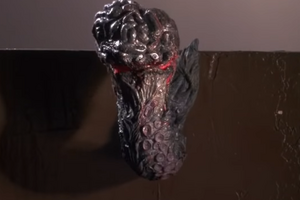 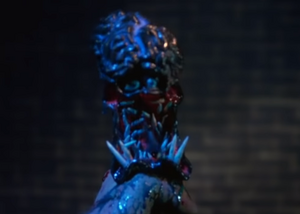 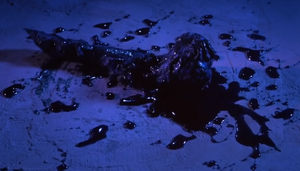 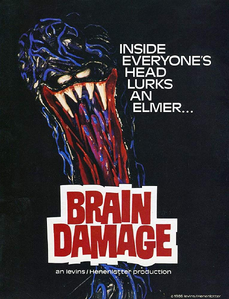 Retrieved from "https://villains.fandom.com/wiki/Aylmer?oldid=3557494"
Community content is available under CC-BY-SA unless otherwise noted.