The Rectifier of all Things

The source and creator of the Devil Gene

Slumbering in his Temple until he is awaken.

Azazel is the main antagonist (along with Jin Kazama) of Tekken 6/Tekken 6BR. He is one of the two overarching antagonists (the other being Kazumi Mishima) of the Tekken franchise, as he was the creator of the Devil and by extension the Devil Gene.

He was voiced by Richard Epcar.

While little is known about Azazel's history, he is known as the ultimate evil that will awaken when "two evil stars" clash in battle. He apparently once ruled over the Earth and was known as the "Rectifier of All Things" but humanity revolted against him and was imprisoned by them in an ancient Egyptian temple which was for most of history magically locked outside normal space. He created the entity "Devil" and by extension the Devil Gene as means of freeing himself in the future and the Devil would go on to brand humans with this gene for this purpose, knowingly or not.

Despite the efforts of many, Azazel is ultimately awoken as a result of the overflow of negative energy produced by Jin Kazama and Kazuya Mishima throwing the world into chaos in order to awaken and destroy him. Once awake, Azazel and his demons face the former Tekken Force leader and rebel leader Lars Alexandersson and Raven in battle which they lose. Azazel then taunts Lars and reveals that he is known as the "Rectifier of All Things", he was created as a result of the sins of mankind, and the time has come for him to destroy humanity so that they can rule, but being too injured to continue the battle, he apparently self-destructed.

However, this is later revealed to have been a ruse in order to gather more strength. After Jin and Lars fought outside the temple, during which Jin fully explained his motives to Lars, Azazel burst out from the ground underneath them, stronger than ever before. Jin, however, powered up with the Devil Gene and approaches Azazel, who fired countless beams of energy at Jin, only for them to be deflected away. Without warning, Jin punched his fist straight through Azazel's chest and the two of them plummet into the abyss below. The outcome of the battle was not shown however it was later revealed in Tekken 7 that Azazel survived and has since been sealed within Zafina and is attempting to corrupt her from within so as to possess her body.

Azazel is a massive creature resembling the Egyptian god Set in appearance, roughly twice as tall, and thrice as thick (not including its tail) as an average size Tekken character and is restrained by ice and chains. Due to its size, Azazel cannot be thrown but can throw its opponent. Despite this however, Azazel can be juggled.

Due to his short on-screen appearance despite being one of the main villains, little is known about Azazel's personality. He seems to have a deep hatred for humanity and is very arrogant, assured he will destroy humanity and that no one can stop him, however that is reasonable given the fact that he's immortal. Despite this, he complimented Jin (and Devil Jin in non-canon Scenario Campaign mode) and thanked him for reawakening him, saying he did well as his servant. When Jin told his real reasons for awakening him and wanting to destroy him, Azazel called him a fool and didn't hesitate to kill him, showing he demands undying loyalty from those he considers his servants. 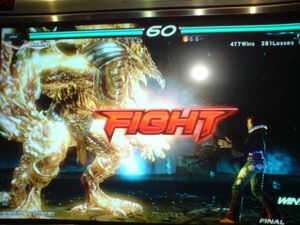 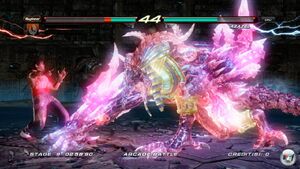 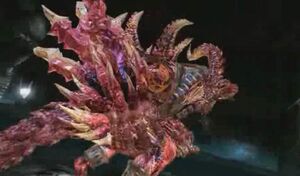 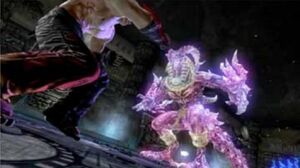 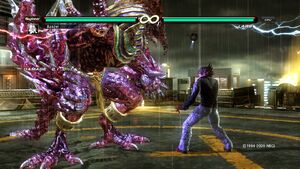 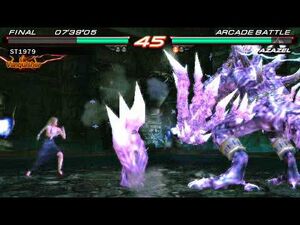 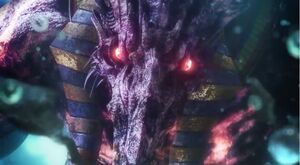 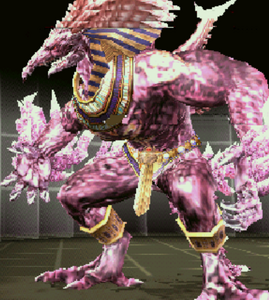