Villains Wiki
Register
Don't have an account?
Sign In
Advertisement
in: Honkaiverse Villains, Video Game Villains, Friend of a Hero,
and 33 more

The Lord of the Vishaps

Scheming on his revenge against Morax.

Escape from his prison.

Azhdaha is a supporting antagonist in Genshin Impact, serving as the main antagonist of Zhongli's Story Quest "Historia Antiqua Chapter Act II: No Mere Stone". After completing the Story Quest, Azhdaha's boss fight can be repeated.

A being as old as the mountain itself, Azhdaha is revealed to be the overlord of the Geovishaps scattered across the Nation of Liyue that was and was once Rex Lapis/Zhongli's companion who swore to protect the nation of Liyue before an erosion taken its toll on him due to humans started to do mining for establishing their economy and erase any memories that he once had with Rex Lapis, resulting on him becoming aggressive and attacked the humans in the Chasm and also responsible for the destruction of Tianqiu Valley.

Eventually, this resulted in Zhongli and the three Adeptis sealed him beneath the tree located in Mt. Nantianmen. As time went by, Azhdaha forms a plan to escape from his seal and to do that, made a vessel in form of a child named Jiu and manipulate the miners to do his own bidding. He is one of the Weekly Bosses that the Travelers had to face after the players completed the Second Act of Zhongli's Story Quest.

He is voiced by Kohei Kiyasu in Japanese and Matthew Greenbaum in English.

It is stated in lore that Azhdaha is a being as large as the mountain itself. As he makes his appearance on the game proper, Azhdaha can be described as a giant monster made of mostly crystals and rocks, befitting his theme as the Overlord of the Geovishaps, and has an appearance that can be perceived as an intersection between a Stegosaurus and a fat toad due to his seemingly bulging belly. Azhdaha also has two large bullhorns, human-like teeth in-game--or at the very least sharp teeth in his poster that made him look more intimidating--and red eyes. In addition, he also has a tail that resembles a tree which can be used to attack his enemies. As he uses his Elemental Infusion, despite keeping his appearance intact, some of his parts can have his color changed due to the Elemental that he absorbs.

During his existence as a Spirit of the Earth, Azhdaha himself can be considered as a being trapped in sadness due to the loneliness he had experienced being unable to see the surface until he met Rex Lapis. After meeting Rex Lapis, Azhdaha became a loyal companion towards Zhongli who willingly tries to protect humanity and the citizens of Liyue from harm as a form of reward after being liberated from his shackles.

However, as time went by, Azhdaha suffers an "erosion" which erases his memories with Rex Lapis and due to the severe damage humans had caused after mining in the Chasm that also attacked the Ley Lines that sustained Azhdaha, he was then consumed in rage which causes him to go on a rampage and ended up being sealed by Rex Lapis and the three Adepti beneath the Mt. Nantianmen. His rage and bitterness after the defeat against Rex Lapis resulted in Azhdaha developing nothing but resentment towards Rex Lapis himself and perceiving him as a usurper that should be destroyed. Enacting revenge, he then created a vessel named Jiu to further his own plans to destroy Rex Lapis but at the same time, it was then revealed that Azhdaha had a benevolent consciousness inside of him despite the erosion that he had experienced who tried to stop Azhdaha's revenge once and for all by possessing a human named Kun Jun and tried to warn Rex Lapis about it.

Azhdaha was originally a powerful Geo spirit that was buried under the land of Liyue. Being born blind and wished to see light, the Geo Archon Morax brought Azhdaha to the surface of the land and gave him a dragon-like body via carving it out together with a pair of eyes. Morax then did a contract with Azhdaha, telling the Geo Spirit that if he ever brought havoc to the order of Liyue, he would seal Azhdaha away again. Morax and Azhdaha then became friends. They then fought in many battles together and Azhdaha even took a liking towards blacksmiths.

However, as time passed by, Azhdaha experienced "erosion", causing him to forget about the contract he had done with Morax. At the same time, as humans started to enter The Chasm, the mine of Liyue, overexploitation of the mine damaged the Ley Line in the Chasm, leading to Azhdaha to suffer. The giant dragon then attacked the humans he once swore to protect, forcing Morax and the Adepti to intervene and stop him. Due to Azhdaha's immense power, the archon and the Adepti had difficulty in defeating Azhdaha. The battle lead to destruction from the Chasm to the north of Nantianmen. In the end, Morax was victorious, and Azhdaha was sealed away under the Dragon-Queller tree in Nantianmen.

As time went by, the seal of Azhdaha started to weaken, and the dragon, angry with Morax for his "betrayal", manifested his wrath in the form of a child known as Jiu. Jiu went to The Chasm and brainwashed serval miners to bring them to the Dragon-Queller to break the seal, thus allowing Azhdaha to break free and had his revenge against Liyue. However, this also allowed Azhdaha's benevolent side of his consciousness to escape and possessed the human Kun Jun to warn Morax, now known as Zhongli, about the plan of Azhdaha.

They, together with the Traveler, then headed towards the Dragon-Quller and encountered abnormally agressive Geovishaps along the way. After defeating them, they arrived at the Dragon-Queller and were attacked by the brainwashed miners. Zhongli raised a shield to protect themselves, and Jiu suddenly manifested behind them and the seal was ultimately broken. Zhongli together with the Traveler and Kun Jun were then sucked into the chamber under the Dragon-Queller where they combatted a furious Azhdaha, who had fused with the Dragon-Queller. In the end, Azhdaha was defeated and slowly regains his sanity before Zhongli sealed him away again with the benevolent side of Azhdaha bidding farewell to him before vanishing. 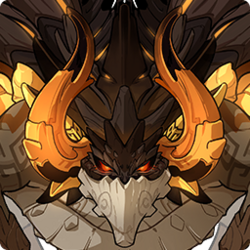 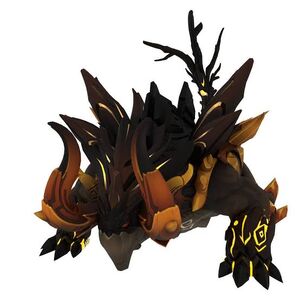 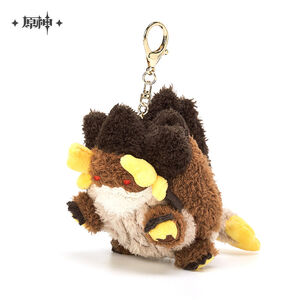 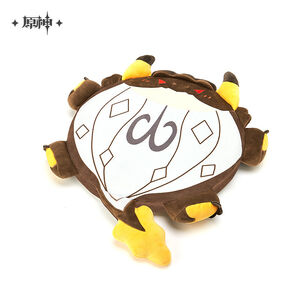 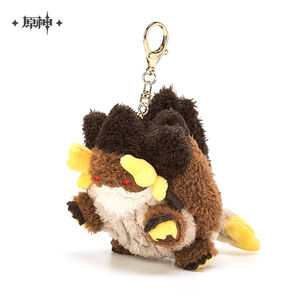 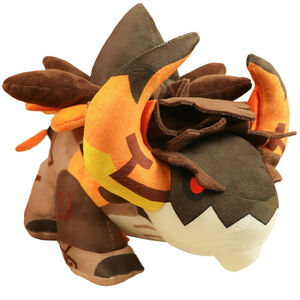 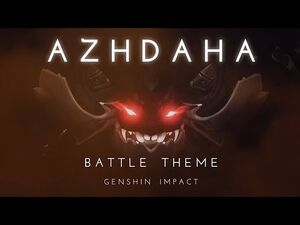