Bullying his own employees

Make a lot of money by walking over people and abusing the planet.
Make his employees' lives miserable, especially the Earl Sinclair and his family.

Bradley P. Richfield is the tyrannical boss of Earl Sinclair and Roy Hess and the main antagonist in the 1991 comedy TV series Dinosaurs. He is a Triceratops who loves to abuse his considerable power and is a very aggressive and selfish individual who can't abide to see others happy.

He was voiced by the late Sherman Hemsley.

B.P. Richfield is one of the few genuinely evil characters in the show and his actions are almost always deliberate: he is almost demonic in many ways and has sociopathic tendencies, shown by his many threats to devour workers that displease him and his extremely bad temper. However, he does love his daughter Wendy, and the only person that Richfield fears the most is the WESAYSO CEO Mr. Ashland, who is far more evil and ruthless than him.

He is also much smarter than most of the male characters in the series, but puts his gifts to purely selfish or malicious means - Richfield's official job is to supervise the Tree Pusher's Division of the WESAYSO Corporation: the fear Richfield has is evident in the workplace for his workers flee in terror at the sound of his voice and the idea of being invited into his office is one that fills even the hardiest of reptiles with dread. WESAYSO's environmental destruction ultimately led to the extinction of dinosaurs. Richfield was trapped inside his trailer when the Earth was covered in smoke clouds and temperatures were dropped below freezing. Before he died, he buried himself in his money laughing not knowing what to do with it.

B.P. Richfield has also been shown as a cannibal - which is unusual since Triceratops were herbivores - this is likely added to enhance his evil qualities as well as add some dark humor (a famous example of this was when he was revealed to have been eating the boyfriends of his daughter and planned on doing the same to Robbie Sinclair, however, in the end, Richfield decided not to eat Robbie due to his daughter threatening to never speak to him again if he did so: one of the few times Richfield has shown some degree of mercy). 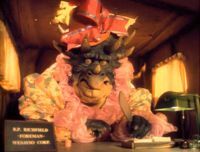 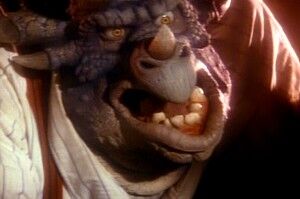 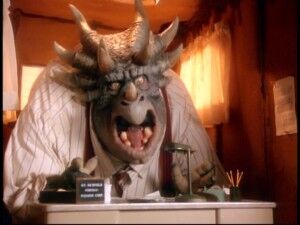 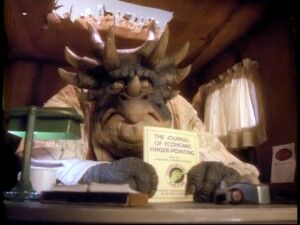 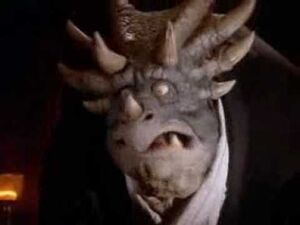 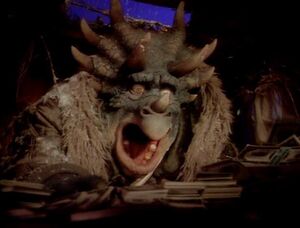 Richfield's nearing death in his own riches. 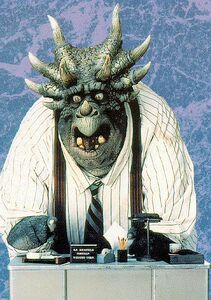 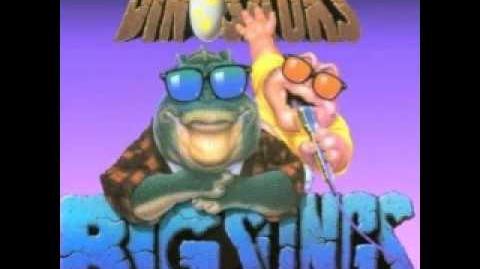