Escape from the Majora's Mask cartridge.

BEN DROWNED relates the story of Jadusable as he buys a second hand copy of The Legend of Zelda: Majora's Mask from a shady old man. It is hinted that the copy once belonged to a boy who died, presumably by drowning.

But as he plays, Jadusable soon discovers that the copy is more than it seems. Strange events start occurring to him, things that were never ever coded into the game by the developers of The Legend of Zelda: Majora's Mask.

Within days of it's escape, BEN utilizes Jadusable's abandoned YouTube channel, posting ciphers that led players to youshouldnthavedonethat.net, the website of the Moon Children cult.

It was revealed that BEN was in fact a being made up of multiple members of the Moon Children, having been "ascended", and digitised into the The Legend of Zelda: Majora's Mask cartridge, known as the Alpha World by the Eternity Project. BEN is seen directly in Iseeyou.wmv, being formed up of over seventeen spirits.

The document TheRealTruth.rtf reveals that the spirits comprising BEN retain their individuality and can interact with one another. During the period of time between the upload and premiere of THE FATHER.wmv, the spirits within BEN argued with one another regarding the video's title and whether it should be seen by the public.

During The Last Hero segment of the arc, BEN is not seen in person, but is implied to be the manifestation of the digitised Moon Children's consensus on vital decisions.

BEN is a dangerous, malevolent, manipulative, oppressive and above all sadistic individual. He particularly enjoys teasing and torturing Jadusable within his dreams, and exploits his inability to understand what is happening to get access to Internet and from that spreading anywhere. A deceptive and psychotic entity, BEN is a cunning god-wannabe with delusions of power. Currently, BEN left the cursed game (which was either ways destroyed by Jadusable). However, he is still present on Cleverbot (and various websites), and continues to haunt anyone who bothers him.

Originally BEN took the form of a Link statue as seen in the original Majora's Mask game, with him having fair skin, pointed ears, flowing blonde hair parted down the middle and wearing the green Kokiri tunic alongside a matching hat and brown belt with boots. In this form he was always stuck with a large menacing grin upon his face and unblinking eyes.

In the Awakening arc however BEN's form changes into that of a young woman with fair skin, abnormally wide and animated brown eyes, white teeth and green hair styled into a bob with a middle parting. The one element from her original form that was kept was BEN's wide and sinister grin. Since she's always seen from the shoulders and above her clothes aren't seen well but she appears to be wearing some kind of green shirt or blouse.

The Creepypasta became popular thanks to Jadusable "proving" the veracity of his story with actual recordings of the in-game events that he claimed were happening to him (he did this by skillfully hacking his copy of the game). The high quality of those hacks led many people to start believing the story was real.

It spread rapidly and joined Slender Man, Smile Dog and Zalgo in status. Later on, Jadusable admitted that the story was not actually real, and even made a parody video of it himself called king kong.wmv. 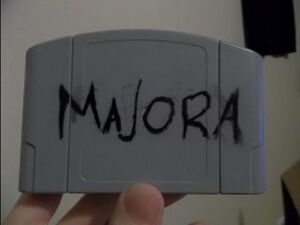 The haunted cartridge of The Legend of Zelda: Majora's Mask. 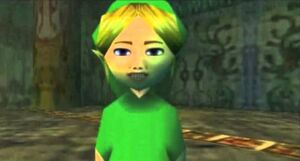 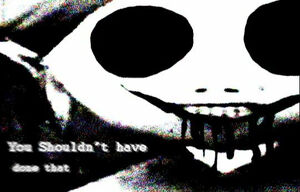 BEN's face distorting in the Awakening arc.
Add a photo to this gallery 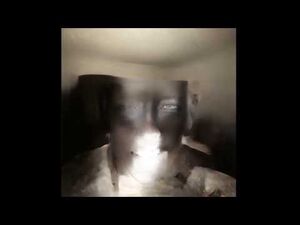 Iseeyou
Add a photo to this gallery

Retrieved from "https://villains.fandom.com/wiki/BEN?oldid=4143438"
Community content is available under CC-BY-SA unless otherwise noted.