To access Baaj Temple, the player must acquire the airship Fahrenheit and talk to Cid and access the coordinate option. Baaj is found by searching for coordinates X=11-16, Y=57-63. Visiting Baaj is essential for receiving the aeon Anima. Baaj is inaccessible in Final Fantasy X-2.

Shortly after Seymour left Baaj for the last time - less than 10 years prior to the game's story - the temple was attacked by Sin and reduced to the scene of dank desolation Tidus finds after being separated from Auron in Dream Zanarkand. Tidus explores the ruins and is attacked by Geosgaeno. Barely escaping Tidus winds up in a ruined chamber before being rescued by Rikku and her Al Bhed salvage squad. 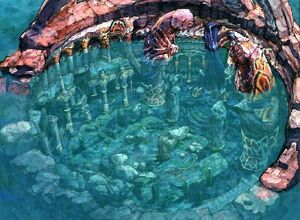 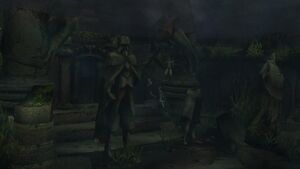 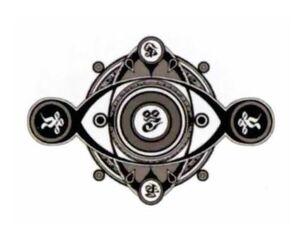 The glyph-like seal of Baaj and its place of worship, Baaj Temple