Kill as many people as she wants

Vera-Ellen Firefly, better known as Baby, is the secondary antagonist of House of 1000 Corpses, the deuteragonist villain of The Devil's Rejects, and the tritagonist villain of 3 From Hell. She is a homicidal thrill-seeking young woman and a member of the Firefly Family.

She was portrayed by Sheri Moon Zombie, who is the wife of famed heavy metal musician/director Rob Zombie, who created the three movies.

As a child, Vera-Ellen showed signs of mania and psychosis; at the age of seven, she stabbed a schoolmate in the eye with a home-made knife.

When Vera-Ellen was nearly seventeen years of age, Otis B. Driftwood, a violent psychopath, roamed into Ruggsville County, and her family took him in. He formed a deep bond with his new adopted family, whom he gave the name "the Firefly", especially taking a liking with Vera-Ellen. Driftwood then nicknamed his new sister "Angel Baby", a nickname later shortened to "Baby".

In the summer of 1975, 10 years after Driftwood joined the family, he and Baby began a spree of murders across the country. They documented their exploits in a series of diaries and scrapbooks. Later, in the winter of 1976, Baby returned to Ruggsville alone and resumed her life on the Firefly farm.

The squeaky-voiced, obstreperous, and childlike Baby was probably one of the more comedic characters from the first film. A statuesque beauty with boundless youthful energy, she blended in easily with the outside world, making her the perfect lure for her family's victims. Now 29 years old, Baby had become an expert with firearms and knives. By this point in time, Baby had a criminal record. She was wanted for first-degree murder, armed robbery, grand theft auto, and prostitution.

Baby's true nature was revealed in the sequel, exhibiting a strong sadistic streak. The sequel also delved into more detail about her relationship with her father, Captain Spaulding, which was absent from the first film. The two share a deep bond. When they are captured by Sheriff Wydell, Spaulding tries to take credit for one of Baby's crimes (one involves Mary, one of the earlier victims in the first film) so she won't be tortured.

At the climax of the film, Baby is shot down by the police along with Spaulding and Otis. 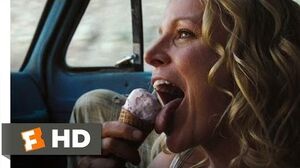 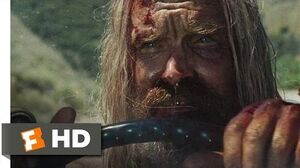 Retrieved from "https://villains.fandom.com/wiki/Baby_Firefly?oldid=4207268"
Community content is available under CC-BY-SA unless otherwise noted.