Baccarat is a major antagonist from the 2019 anime movie One Piece Film: Gold. She is the member of Gild Tesoro's crew and the concierge on Gran Tesoro.

She is voiced by Nanao in the Japanese version, and by Amber Lee Connors in the English dubbed version.

Baccarat is the young woman who has a long red hair, dark green eyes, a nose similar, a light brown skin and red tattoo on her left hip on the side with the snake with the star. She wears a black long backless dress with the white stripe, a black gloves, a large gold earrings, purple sunglasses, black heels and a belt with the star buckle.

Baccarat is a friendly and composed to visits the Gran Tesoro, gather them to the city and bring them makes some more money and live in concert. Baccarat tries to order the way to find them repay her debt, she will getting to lose everything happened to force them to go to work. The crews will continued away to attack the Straw Hats Crew, while she use to abilities to attack away. Baccarat was very manipulative, who she faking as a leg injury who she tries by attack by Sanji close enough from the luck away.

Baccarat use a large amount to as concierge on Gran Tesoro its possibly locations.

Baccarat has the Luck-Luck Fruit, that the followers who use to steal everyone who she touches her the ability. Whoever takes their luck taken away from the rapid series of unfortunate events and other things who had accidents. Baccarat uses her ability to the crews from the casino to losing game, using to enormous debt to slave away from Gran Tesoro.

From steal for lucky, she became extremely luck, with almost incredible at the battle, when she attack will probably miss, who can throwing the coin even happening will chance a chain reaction despite to be fall following by the opponents. If will eventually disappear will share a luck does not last forever or the fortunate happens to her.

Baccarat's concept art from the anime. 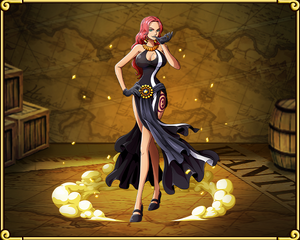 Baccarat in One Piece Treasure Cruise. 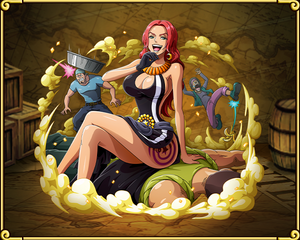 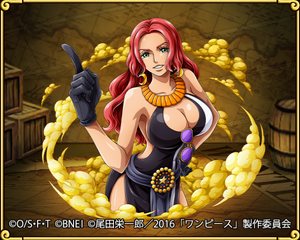 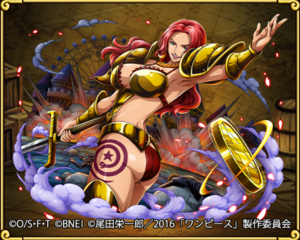 Retrieved from "https://villains.fandom.com/wiki/Baccarat?oldid=4337216"
Community content is available under CC-BY-SA unless otherwise noted.