Villains Wiki
Register
Don't have an account?
Sign In
Advertisement
in: Kamen Rider Villains, Evil from the Past, Cataclysm,
and 39 more

Kamen Rider Saber: The Phoenix Swordsman and the Book of Ruin

Destroy reality itself in order to erase humanity's tainted history of endless conflict.

He seeks to use the Book of Ruin to make both the Rider World and the Wonder World disappear by sucking them up into black holes so they can recreate it as a world free from conflict. He uses the Haken Bladriver and Eternal Phoenix Wonder Ride Book to transform into Kamen Rider Falchion.

He was portrayed by Masashi Taniguchi, who also played Jin Takayama in Kamen Rider Amazons.

1000 years ago, Bacht was a swordsman of the Sword of Logos who served alongside Yuri. After a traitorous swordsman of the guild murdered his family however, Bacht betrayed the guild. Believing that power was inherently corruptive and that humanity would only repeat its mistakes, Bacht attempted to bring about the end of the world only to be sealed away by his old friend Yuri using the Light and Dark Seiken.

Kamen Rider Saber: The Phoenix Swordsman and the Book of Ruin

Years ago, Bacht attacked the Wonder World after his seal was broken but he was sealed away again inside the Book of Ruin by Daichi Kamijou, the previous Kamen Rider Saber.

Many years later, Bacht would escape his imprisonment and attempt to use the Book of Ruin to destroy the Wonder World. He begins by creating massive portals on both Earth and the Wonder World to suck up everything, while also summoning an army of Shimi to deal with anyone who stands in his way.

The swordsmen of the Sword of Logos soon responded to Bacht's attack and transformed into the Kamen Rider forms in order to deal with his army. Kamen Rider Saber went to confront Bacht personally, but though he was able to initially strike him down, Bacht soon regenerated and managed to overwhelm him. However, it was then that Touma achieved his Emotional Dragon form, the same form which Daichi had used to strike down Bacht in the past, and with it Touma was able to defeat Bacht and undo the damage he had caused.

After Bacht was sealed again, the Book of Ruin was placed inside a chamber of Southern Base by Master Logos, whom would then unseal it.

Bacht was unsealed by Isaac, the second Master Logos from the Book of Ruin to hunt down the remaining swordsmen, while also properly heals his right half of his face. Upon his release, Bacht proclaimed his intention of ending the world. Master Logos told Bacht that he couldn't allow him to do that, as he also intended to destroy the world, but that he could let him get revenge on the swordsmen who had sealed him. Bacht was content with this and took to the field to battle the current Saber.

He interrupted a match between Touma and Yuri to attack both of him, recognizing the latter as his former friend. Touma became Saber Elemental Dragon to fight him, to which Bacht was intrigued to see Saber had obtained a new form. After a portal to the Wonder World containing Luna appeared however, Bacht decided to take his leave.

Bacht later appeared during the fight between Blades and Durendal. Instead of attacking Blades however, Bacht chose to fight Durendal instead, proclaiming that all swordsmen were his enemy. After being pushed back, Durendal chose to exit the scene, leaving Blades to contend with Falchion. Blades managed to strike down Bacht but Bacht quickly reformed and managed to defeat him. Touma and Yuri then arrived and assumed their Rider forms to battle him, only for Kento Fukamiya to appear and become Kamen Rider Calibu Jaou Dragon to join the fight as well. While Calibur battled Saikou, Falchion fought Saber. Both Falchion and Calibur performed their finishing moves to finish off the Riders, but Yuri pushed Touma away just in time before bearing the brunt of both attacks and perishing. Calibur then opted to team up with Saber to fight Falchion and together the two beat him down with a combined slash, leading Bacht to exit the scene for the time being.

He arrives at Isaac’s forbidden ritual ground at a same time he discard Shindai siblings’ powers to the evil Logos. As the third Calibur arrive to seal all swords at once, but being intervened by Ren, it gives Bahato an opportunity to strike the both, effectively disabled Calibur’s seal. He is later defeated by Saber Emotional Dragon, but happily made his supposedly last laugh prior to being sealed back to Book of Ruins again, once the Isaac’s plan is complete. Due to Touma’s interference on the ritual, yet Isaac got his own Rider power from the result, Bahato is unsealed off screen.

Bahato is briefly seen at Tokyo harbor, muttering about Isaac’s worldwide announcement towards humanity. He would later be approached by Yuri and Mei, who sought to show him the wonders humanity had developed in the past 1000 years to convince him to abandon his misanthropy towards them. Mei showed Bacht Instagram and told him it was a place where he could express his feelings to his followers, but Bacht was not swayed and shouted at Mei and Yuri to leave.

Bacht would later show up again during the confrontation between the swordsmen and Kamen Rider Solomon to face Saber one more time. Touma gave Bacht a speech about how his inability to move on was holding him back, but Bacht refused to listen and became Falchion to do battle one more time. Bacht would be slain for good when Touma knocked him out of his Rider form before slashing him untransformed, killing him permanently.

After Bacht's death, his sword and Driver were claimed by Desast.

His spirit later appeared in Wonder World, having apparently made peace with his past.

Bladriver Shelf - A part for storing the wonder ride book of the sword break driver. Dedicated to the Eternal Phoenix Wonder Ride Book, it bestows that ability on the swordfighter's armor, the Sword Robe. 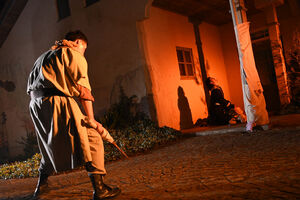 Bacht facing Yuri in the past. 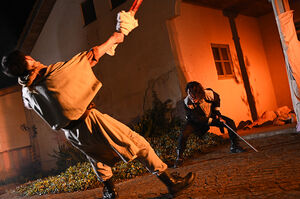 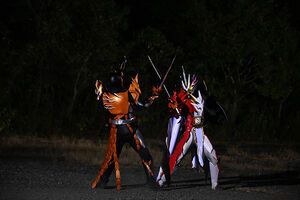 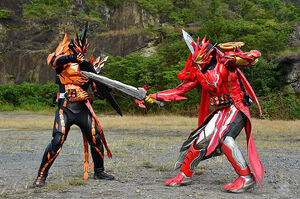 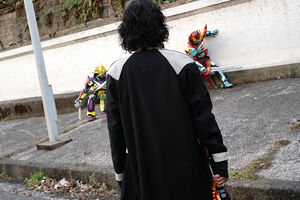 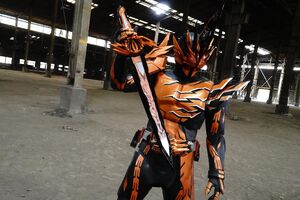 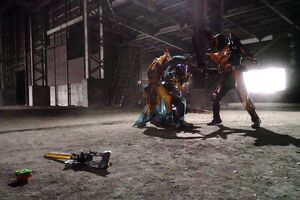 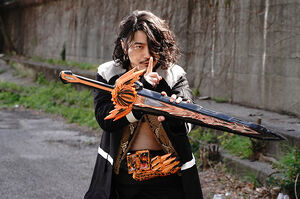 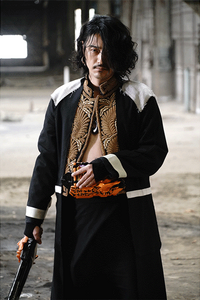 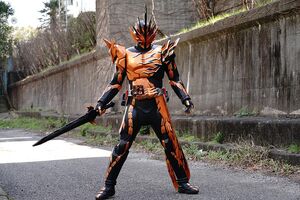 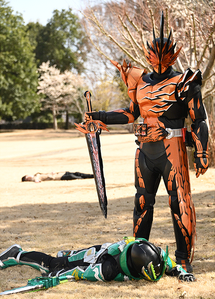 Falchion standing over a defeated Kenzan. 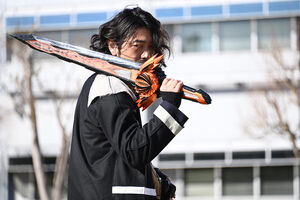 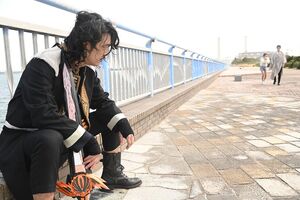 Bacht is approached by Mei and Yuri. 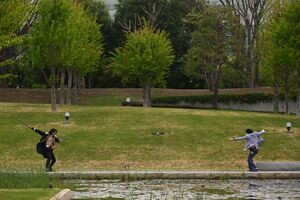 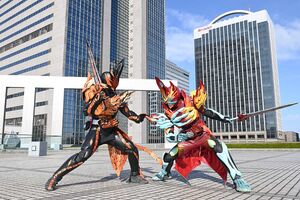 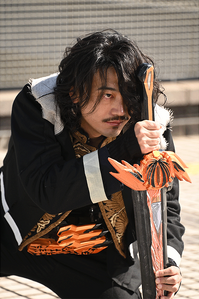