Bad Breath (mockingly, by the Street Sharks and Dino Vengers)

Leader of the Reckless Raptors

Heat up the Earth to make it more hospitable and wipe out humanity (all failed).

His goal is to conquer the Universe, wipe out all who stand in his way and permanently alter the Earth's biosphere to closely resemble the Mesozoic.

He is always equipped with his arm blaster (referred to as a Plasma Detonation Launcher in Extreme Dinosaurs), though it's removeable in Extreme Dinosaurs whereas in Street Sharks it's cybernetically implanted into his arm, much like in the toy he's based on.

Originally, the Raptors were part of an alien race of peaceful highly evolved dinosaurs. Favoring chaos and conquest above all other needs, they decided to plunder their homeworld and soar through the stars to do the same with every other planet.

His latest victim is Earth, having crash landed there 65 million years ago and awakening after a long cryo-sleep, though every attempt ends up being foiled by the planet's mutant heroes known as the Street Sharks and super soldiers from his homeworld known as the Dino Vengers.

Bad Rap was once a normal raptor until he and two other raptors were abducted by Argor Zardok's spaceship, after Argor turned down his other experiments, where three raptors were mutated into humanoid forms. As Argor was pleased with his experiments, he gave a weapon to Bad Rap that was an arm cannon equipped on one hand that can dissolve solid matter effortlessly. Argor then sent the three Raptors to deal with the Extreme Dinosaurs.

However, as they fought, they weapons they were using were proven to be too much for the Earth's environment to handle, causing it to wipe out the dinosaurs. As Bad Rap and the raptors sees Argor leave on his ship, they say he betrayed them and fell asleep in pods until the present day, along with the Extreme Dinosaurs who were unaware of it.

Now known as the Reckless Raptors, Bad Rap plans to bring back the Earth to its better state from 65 million years ago, when it was hot and impossible to live in for the creatures that now rule the planet, which he despises. 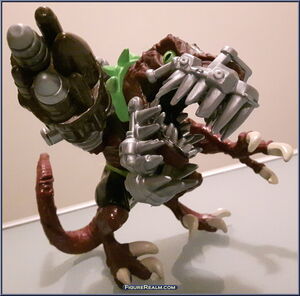 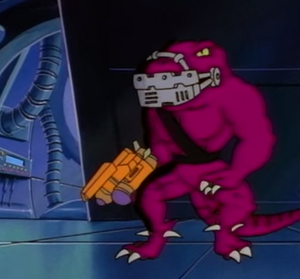 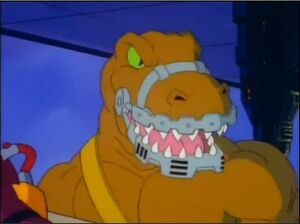 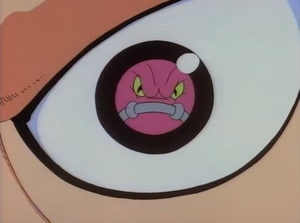 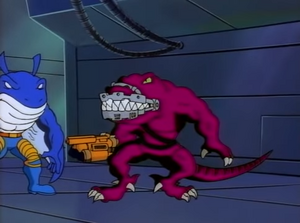 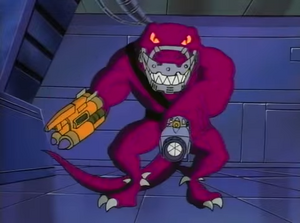 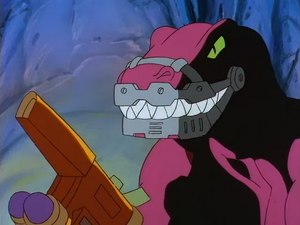