Chew everything he sees, including alive animals (succeed)

The Badly Drawn Dawg is the titular main protagonist of the gore-cartoon series named the same.

He was created and voiced by Glenn Rhodes, also known as Splapp Me-Do, who also made the Phlovomites from the Impossible Quiz.

In the first part of the series, the context consists of the dog getting abused in various of ways. While the dog appears to be always chewing on various objects. When the dog barks, he just let out three woofs. All the parts consist of three episodes. In the first part it consist of the episodes: Bone, Rod and Sad. According to Splapp Me-Do, he used to think that the Badly Drawn Dawg was a funny-good idea, though now he thinks that it was a mistake.

Splapp Me-Do uploaded the second part of the Badly Drawn Dawg series, which consist of Rivals, Piddle and Cold. In Rivals, a new character is shown the Lemur. The second part was created when Splapp was taking a break from making the Quiz games.

Eventually, the third part got released. The first episode is named Bitch. It features a female similar dog as him. The two ended falling for each other, and became in-love. The two also ended up together chewing on the Lemur, brutally eating his flesh. The two ended up having love. The second episode is named Coil, in which it shows that the two made four pups, which are all very similar to their parents. The final episode is the Test. In which it shows how in the future the dog's would behave.

In the forth part, which is considered the most gore-episode of all is the Christmas Special. In the special, the Dawg went to a reindeer, and bite his leg off, while the Dawg couldn't resist, and started to bite on the deer's balls. The reindeer screamed and filed away, while the Dawg kept chewing on his balls. The story ends by the Dawg falling on the ground with the reindeers balls inside of his mouth, and the Raccoon came along and gave the Dawg his bone, while the Raccoon took the balls and chewed on them.

The Dawg and his female also appear together in the Impossible Quiz series:

Splapp created a animated video named The Organ Story. The protagonist of the animation is seen smoking cigars and he is wearing the Dawg T-Shirt. Newgrounds and Splapp together sold the Dawg T-Shirts in the past. 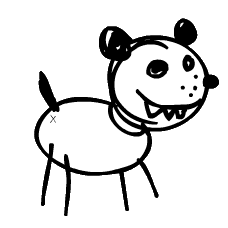 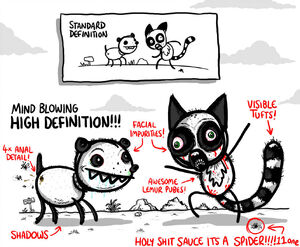 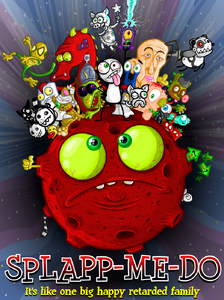 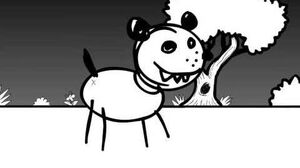 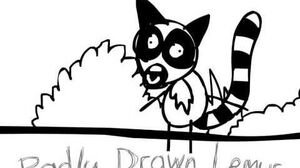 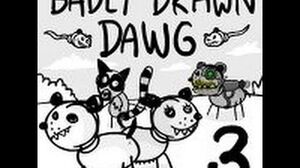 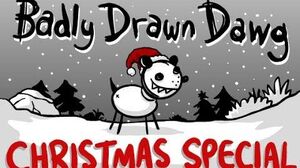